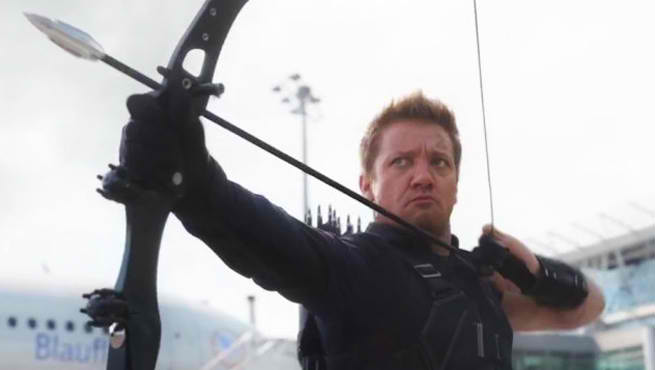 Actor Jeremy Renner, who plays the character of Clint Barton aka Hawkeye in the big screen films of the Marvel Cinematic Universe, recently revealed in an interview that he is open to having a standalone original series for his character on Netflix.

Most members of The AvengersThe Hulk, Iron man, Thor, and Captain Americahad their own standalone series of films prior to teaming. However, Jeremy Renner’s Clint Barton aka Hawkeye arrived without fans seeing his origin story or being able to explore the deeper side of the character’s story.

In a recent panel interview at the Silicon Valley Comic Con as reported by ComicBook.com, Renner was asked if he would be willing, if given the chance, to move from the big screen to the small screen and have his own Netflix standalone series.

Marvel’s partnership with Netflix paid off well, with all of the released series gaining critical acclaimstarting with the debut season of “Daredevil,” the introduction of “Jessica Jones,” and the upcoming series of “Luke Cage,” “Iron Fist,” and the much awaited crossover series of the four heroes in “The Defenders.” Additionally, with the great reception Jon Bernthal received for his portrayal of The Punisher, the character had been long rumored to have its own standalone original series on Netflix, too.

This, as Renner thought about it, is the reason why Netflix is a good choice for superhero series right now.

“The Netflix model is where all the character drama goes to now, you’re doing a superhero movie or a Netflix or HBO kind of model. So I’d be open to it,” he continued.

However, his willingness to do so should still reach the producers and writer for it to become a possibility.