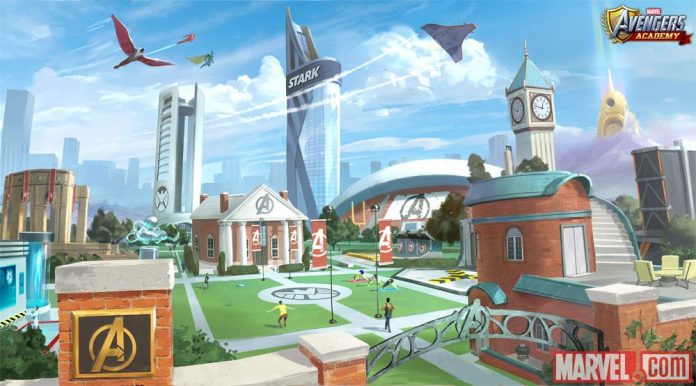 For fans of Marvel superheroes, there is a new mobile game coming in 2016 that will feature the Avengers in a different light. In “Marvel Avengers Academy,” they will be featured as young adults, and players can interact with them as students in this unconventional college for those with superhuman abilities.

The game will feature re-imagined versions of familiar characters like Captain America, the Hulk, Black Widow, Iron Man, Falcon, and “hundreds of characters from across Avengers history.” These superheroes will undergo training in the facility that the gamer builds.

As explained by the post, “When you’re not taking your heroes on missions throughout the Marvel Universe, they’ll be attending classes, joining sports teams, and finding extra-curricular activities to build their skills. Instead of writing essays and taking exams, you’ll be uncovering intergalactic artifacts and building new experimental tech.”

However, there is more to the game than just attending classes. There are also issues of fitting in, going on dates, building friendships, topped off by that issue of having superpowers and learning to be a superhero. It will not be surprising if the characters also develop animosity toward other characters, making enemies instead of pals.

The adventures do not end there, though, because they also have to figure out the secret that Nick Fury is keeping, “but discovering the truth could alter the course of history for the entire Marvel Universe!”

“Marvel Avengers Academy” is currently being developed by TinyCo, with a story written by Allen Warner and art design by David Nakayama. It is set for release in 2016 and will be available on Google Play for Android gadgets and on the App Store for iOS devices.

Supernatural season 11: cast and crew ready to start filming for...