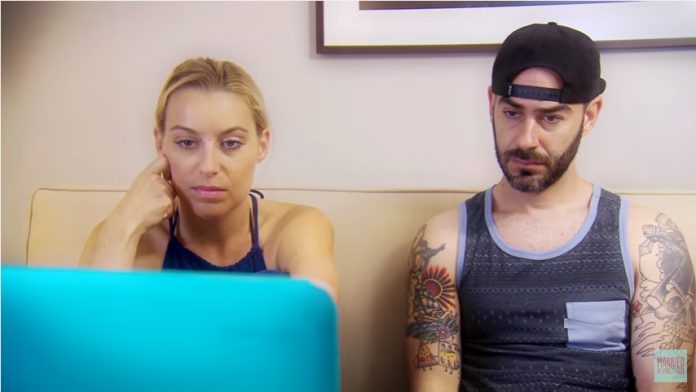 FYI’s reality-based TV series, “Married at First Sight” is currently on its fourth season and it looks like one of the couples’ bond is about to fall apart.

The fourth installment of the show aired a month ago and with just a short period of time, 32-year-old flight attendant Heather Seidel and 35-year-old account executive Derek Schwartz are now reported to be on verge of giving up as the two cannot stand the habits and misconducts of each other.

However, the couple pointed out that they are still willing to work things out between them for their whirlwind marriage to eventually work.

Albeit the statement, it looks like things aren’t going all that well for them. In this week’s episode, the two had surfing lessons from which Derek felt like Heather had the hots for the instructor as he noticed that the latter held the hand of the former when assisting her in mounting the surfboard.

Later on, the two went spelunking which could have been the right time to patch things up after what happened. However, Heather went out without Derek and further explained that there were still folks outside the cave trying to get inside. This resulted in Derek thinking that his wife of almost a month thought more of other people than him.

Meanwhile, another couple to watch is the 24-year-old real estate agent Lillian Vilchez and the 29-year-old yacht interior specialist Tom Wilson. Lillian doesn’t have the slightest idea that Tom currently resides in a tour bus. Tom tried to tell his wife about it, but as soon as he heard of his wife’s intention of buying a new car for her job, Tom just figuratively put his foot inside his mouth yet again.

Fans, on the other hand, eagerly wait for what will happen next between these couples in episode 7 which will air next Tuesday on FYI.

'Person of Interest' season 5 will be the last, no cliffhangers...

'Marvel's Agents of SHIELD' season 4 spoilers: Daisy to be more...