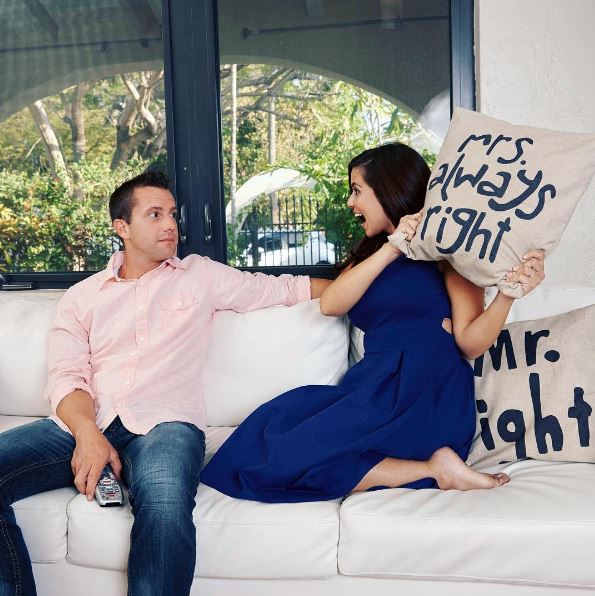 This week on “Married at First Sight,” Lillian Vilchez planned a surprise birthday party for Tom Wilson, while Sonia Granados and Nick Pendergrast appeared to be growing apart due to their constant arguments. Meanwhile, Dr. Pepper Schwartz advised Heather Seidel and Derek Schwartz to write a letter of appreciation to each other after the two decided to end their marriage.

Sonia has been having a hard time adjusting to Nick’s dogs, so she decided to hire a dog trainer to help her overcome her fear of dogs. The trainer gave Sonia some tips on how to bond with the dogs and care for them, and it appeared that things were starting to get better between her and Nick.

But while eating dinner, their relationship hit a snag when Sonia attempted to have a conversation with her husband. Nick wasn’t sure that he wanted to talk since the last time they opened up to each other, they just ended up arguing. The two had a fight, and at that point, Nick told the cameras that he didn’t want to be attracted to her anymore and that he doesn’t have feelings for her at all. Sonia was taken aback at her husband’s reaction and she immediately started packing her suitcases.

Will Sonia and Nick take a leaf out of Derek and Heather’s book and decide to end their marriage even before the season 4 finale of “Married at First Sight?” According to the description for next week’s titled “Naked Truth,” Nick and Sonia reveal a big secret. Does this mean that the two decided to part ways?

Inquisitr reports that Sonia’s niece, Sophia Lilly, made the mistake of revealing whether her aunt and Nick are still together on the FYI Instagram page.

“Ya know, idk I wished the best for her and she got stuck with someone who would rather be married to their dogs then [sic] a VERY beautiful woman that actually cared for him,” Sophia wrote. “Smh I just want to say I love you auntie and I’m sorry it didn’t work out…”

The publication reports that research has been done and it was verified that Sonia is Sophia’s aunt. It also appears that many were angered by Sophia’s comments and she explained that she is only 13 years old and is learning from her mistakes. Her initial comment has since been deleted by the show’s account.

“Next time I’ll keep my thoughts to myself,” she wrote. “And my comment got deleted so I hope you guys are happy now.”