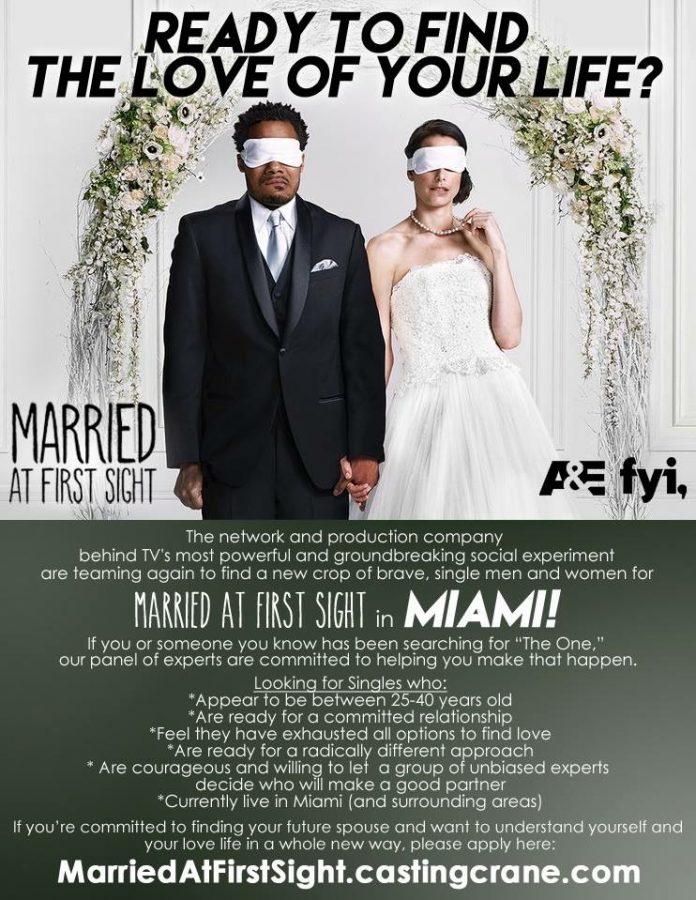 “Married at First Sight” will give its premise love at first sight another shot as the social experiment reality series is already scheduled to break ground on their fourth season.

People Magazine revealed exclusive details this week including the confirmed premiere date for next month. The show, which has previously been set in New York during the first two seasons and in Atlanta for season 3, will descend to Miami to try its luck in bringing together strangers looking for love.

The renewal came as a bit of a surprise as the reality series has experienced a couple of drawbacks in the past few months. Earlier this year, three of the four expert consultants on the show revealed that they would no longer return for future installments. Spiritual advisor Greg Epstein explained that he aims to focus writing his next book as his reason for exiting “Married at First Sight.”

Prior to Epstein’s departure, psychologist Dr. Joseph Cilona and sexologist Dr. Logan Levkoff had already expressed their plans to leave the show. The two did not cite any specific reason for their departure but they both wished the show nothing but the best.

“I’ve decided to say goodbye to ‘MAFS,’ and pass the baton with deepest well wishes to everyone who joins the ‘MAFS’ journey in the future,” Cilona write on his official Facebook account. That leaves the show with resident sociologist Dr. Pepper Schwartz as the pioneering expert in “Married at First Sight” season 4. She will be joined by series newcomers who will help guide three new couples who will be taking part of the upcoming installment. The newcomers are Pastor Calvin Roberson, who is a marriage counselor, and Rachel DeAlto who is a communication and relationship expert.

Apart from the departure of the professional consultants, the program has also failed in their ultimate goal in the past two seasons. All six couples, from both season 2 and 3, eventually proceeded with divorce. Only Jason and Courtney, as well as Doug and Jamie from the show’s debut season have stayed married until now.