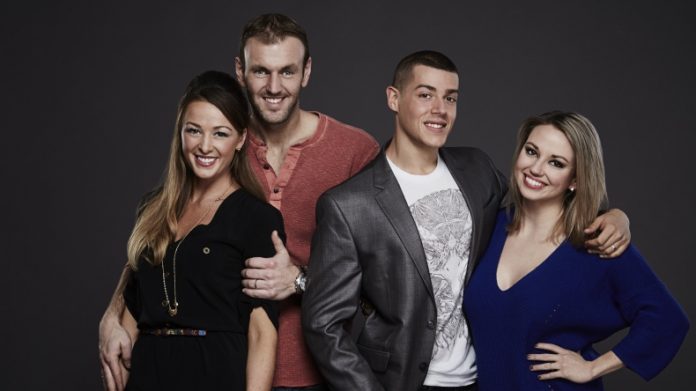 According to Christian Post, “First Year” will focus on the lives of married couples Jason Carrion-Courtney Hendrix and Dough Hehner-Jamie Otis. From the six-month mark to their one year anniversary in March 2015, the show will feature all the moments shared by the couples. Just like in the previous seasons, they will still receive advice from the specialists including sexologist, Dr. Logan Levkoff, psychologist, Dr. Joseph Cilona, and sociologist, Dr. Pepper Schwartz.

Monet and Vaughn, the couple that decided to get a divorce, will also be featured in some episodes of the show.

In an interview, Jamie Otis said that she and her husband were unsure at first if they wanted to continue doing “Married at First Sight.” She shared, “Initially Doug & I were a bit hesitant for another show – but we were at a point in our relationship where we really NEEDED help. We went through (and are still going through) lot of hard stuff and didn’t know where to turn. I’m a bit dreading watching it back and re-living it all just because it’s been so tough.”

A new couple will be introduced in the upcoming season as well. According to International Business Times, Neph and Jasmine will join the show. Neph, who is Jason’s best friend, met Jasmine in Las Vegas. The series will follow their love story as Jasmine flew all the way to New York in order to stay with her boyfriend.

A two-minute preview has been posted on the YouTube page of the show. Fans will get a sneak peek at the happy times and problems being dealt with by the couples including finances and responsibilities.

The first episode will premiere on FYI at 9/8c.

'Fifty Shades of Grey' franchise news: cameras to roll for back...