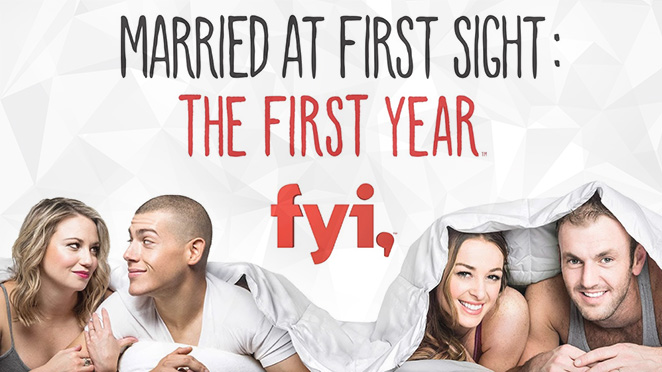 FYI Network’s spin-off series, “Married at First Sight: The First Year” has been renewed for a second installment that will come to the small screens next month.

The upcoming season follows the lives of two couples, Doug Hehner with Jamie Otis and Jason Carrion with Cortney Hendrix, who hail from the first season of the parent show, “Married at First Sight” and exchanged vows in March, 2014. The other couple Monet and Vaughn ended up divorcing.

On the official trailer released on the show’s official Facebook page, the clip opened with Jason saying to Cortney, “You’ve been there for me, now I wanna be there for you.” Doug then talks to the camera, “Now, I am ready for the adventure.” Jamie then asks, “Are we genuinely happy?” Cortney ended the clip sharing, “The honeymoon does not have to be over. It is never over unless you choose for it to be.”

Jamie also voiced out her thoughts for the new episodes commenting on the video, she posted, “Initially Doug & I were a bit hesitant for another show – but we were at a point in our relationship where we really NEEDED help.”

“We went through (and still going through) lot of hard stuff and didn’t know where to turn. I’m a bit dreading watching it back and re-living it all just because it’s been so tough. But we are super excited to catch up with all of you guys – we like to call you our #MAFSfamily! We’ve missed you guys!!” her statement reads.

According to International Business Times, these are the only couples fans are interested to catch up on with their everyday lives as the participants in the second season of the flagship show all separated, with one before the show finished airing and the two other couples splitting six months after during the special episode.