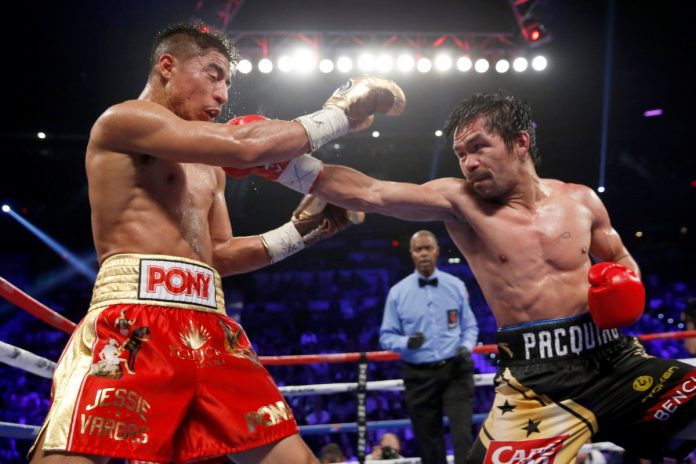 Just days after coming out of a very brief retirement to reclaim the World Boxing Organization’s welterweight crown, fight fans and boxing pundits are already wondering about who will be next in line to fight Manny Pacquiao.

Aside from the obvious answer which is, or course, Floyd “The Money” Mayweather Jr., analysts believe that Pacquiao has to fight at least a couple more pugilists in order to have another shot in staining Mayweather Jr.’s unblemished winning streak of 49 wins.

That being said, several boxers with impressive records were laid on the table in order to figure out who the slugger senator would face next.

First on the list is the current unified light-welterweight champion, Terence Crawford who has an impressive 290 winloss record and whose knockout power is something to watch out for as 20 from those 29 wins were by way of knockout.

Bob Arum, who’s also the promoter of Crawford, was quoted stating that a PacquiaoCrawford scuffle is quite possible provided that the latter wins his upcoming bout against John Molina Jr.

Another potential fighter is the Ukrainian Vasyl Lomachenko who holds the WBO super-featherweight title. Reports suggest that Lomachenko’s speed is one of his major selling points that could possibly hold up against Pacquiao’s in the event a fight card featuring the two actualizes.

The winner between Keith Thurman and Danny Garcia is also a plausible choice since both are, as of late, world title holders of different boxing organizations that are equivalent to Pacquiao’s current crown. Hence, the thought of merging three crowns might get Pacquiao pumped up in pursuing such endeavor.

It may well seem that a rematch between Pacquiao and Mayweather Jr. is quite far-fetched at this time. However, seeing Mayweather Jr. as one of the attendees during Pacquiao’s return bout already sent a message to fans that the former might also reconsider hitting the heavy bag once more and set his sights on a 50th win or his first ever defeat through Pacquiao.