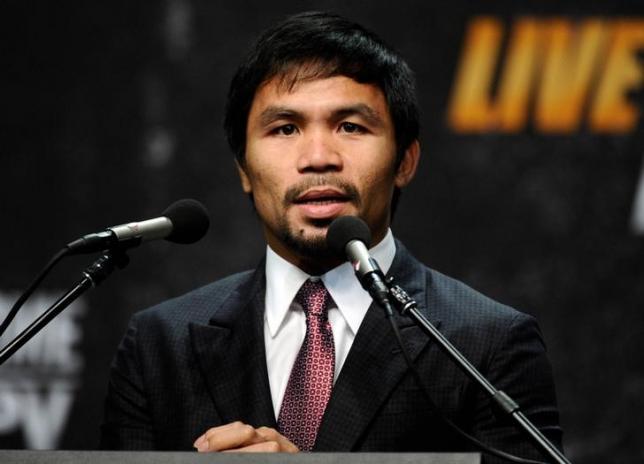 There is no stopping Manny Pacquiao from professing his faith as the boxing great posted another Bible verse on his social media accounts, a move that was interpreted by others as a new swipe to those who criticized him after his pronouncements on same-sex marriage.

The boxing great shared on his social media accounts some verses lifted from Corinthians 1:18 and Colossians 3:5-10 which labels those who do not heed the words of God as “foolish” and calls sinners to repent.

Pacquiao earned praises for his unwavering faith and strength not to cave in to criticisms hurled at him despite risking his chances of securing a seat at the senate. The legendary boxer is currently an elected congressman representing the Sarangani province in the Philippines and is aiming for a higher government post by running for senator in the upcoming Philippine national elections this May 9.

However, Kicker Daily noted that while the post put him in the good graces of some people, there were still some who chided Pacquiao and reminded him not to be judgmental.

The boxing great earned backlash from the LGBT community earlier this month after saying that gays are worse than animals when he was asked in an interview what his view on same-sex marriage was. The video of the interview went viral and caused furor, not only with members of the third sex but also with other sectors of the community.

With the popular opinion that his statement was nothing short of discrimination, it goes without saying that Pacquiao did not go unscathed. Apart from the unforgiving criticisms he got, he lost his endorsement deal with Nike as the company expressed disappointment over the boxer’s remarks and added that it has always been supportive of the LGBT community.

However, Pacquiao doesn’t really mind losing the deal and added that he is actually glad that the controversy he is embroiled in happened as more people have become aware of the Biblical truth.