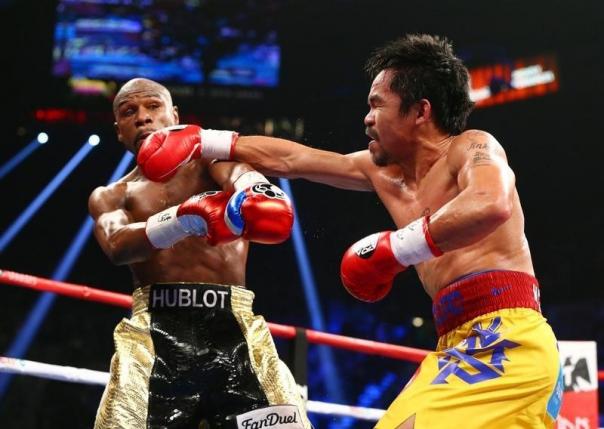 The dream rematch between Manny Pacquiao and undefeated retired champion Floyd Mayweather Jr. may actually happen in an Olympic ring if the proposal by AIBA, boxing’s governing body, will be approved.

According to AIBA president Dr Ching-Kuo Wu, their thrust is to follow the lead of tennis, wherein professional athletes represent their country in the Olympics, Rappler reported.

“We want the best boxers to come to the Olympic Games. It is an IOC (International Olympic Committee) policy to have the best athletes in the Games, and of the international federations, AIBA is probably the only one without professional athletes in the Olympics. We already have our own professionals, APB and WSB boxers, in the Games – (and) we will go further,” he said.

There is currently a clear delineation that divides professional and amateur boxers in the field that keeps the pros from competing in the games although some of the professional greats came from the Olympics.

Mayweather started out as an Olympic boxer but lost because of a controversial decision in the semifinal round of the 1996 Atlanta Olympics.

While the boxer earlier denied any interest in coming out of retirement ,he recently issued a statement challenging his long time rival Oscar dela Hoya that he can put a spoke on the upcoming Canelo Alvarez-Amir Khan fight just by calling up MGM Grand to fight another welterweight champ Danny Garcia on the same day. Golden Boy Productions is promoting Alvarez.

“It would be good for me to come back for number 50 and fight the undefeated Danny Garcia, you know, at the MGM Grand. You know, since Danny Garcia is undefeated and he’s very explosive, he’s a very good fighter, and he really represents Puerto Rico the same way that [Felix] Trinidad [did]. Even though he’s from Philadelphia, he represents the red, white, and blue for Puerto Rico. I’ll go over to the MGM Grand and say, ‘You know what? We need a venue also,’ and we’ll see [what happens],” Mayweather said.

'The Walking Dead' season 7 spoilers, plot news: Who did Negan...