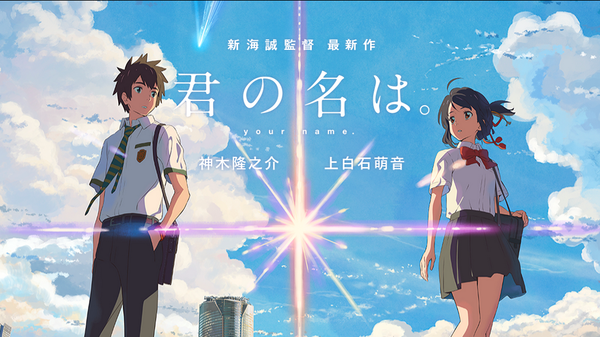 Acclaimed director Makoto Shinkai will release a novelization of his upcoming film “Kimi no Na Wa.” ahead of the film’s release on Aug. 26.

The website for “Kimi no Na Wa.,” translated as “Your Name.” in English, announced the news, as reported by Anime News Network.

According to the announcement, Shinkai will publish the original novel version of “Kimi no Na Wa.” on June 18, more than two months ahead of the film version’s release date. Publishing house Kadokawa Shoten will handle the book’s release, with the price set at 560 Japanese yen or about $5.

“Kimi no Na Wa.” is the latest among the animated feature films created and directed, by Makoto Shinkai. His films are praised for their impressive visual style, artistic value, and thought-provoking plots that many consider him to be “The New Miyazaki.”

Prior to “Kimi no Na Wa.,” Shinkai also wrote novel versions for his previous films “The Garden of Words” and “5 Centimeters Per Second.” Aside from those written personally by Shinkai, other authors previously wrote novel versions of Shinkai’s older works: “Voices of a Distant Star” and “The Place Promised in Our Early Days.”

Shinkai shot to fame with “Voices of a Distant Star,” a short film which was pretty much a solo work for the director. Shinkai wrote, animated, directed and even voiced the film himself, with his wife providing the female lead’s voice. Shinkai’s next work was “The Place Promised in Our Early Days,” which he created with a fully formed studio.

“5 Centimeters Per Second came next, eventually turning into Shinkai’s best known work. He briefly changed animation styles with “Children Who Chase Lost Voices,” before returning to his signature style for “The Garden of Words.”

“Kimi no Na Wa.” is a story about Mitsuha and Taki, two high school students living in opposite worlds forced to experience life from each other’s point of view when they dream of switching bodies. The film stars Mone Kamishiraishi as the voice of Mitsuha and Ryunosuke Kamiki as Taki Tachibana.