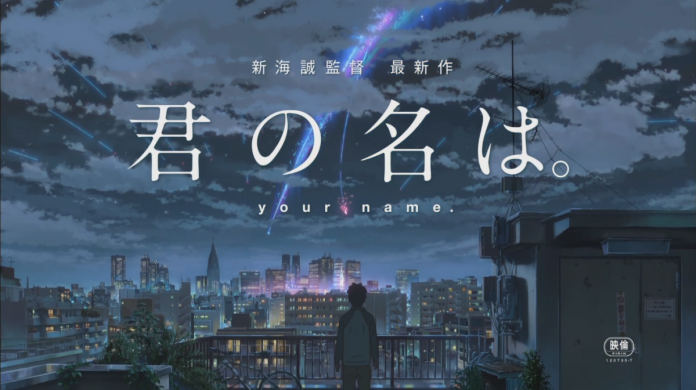 Another trailer has been released for “Kimi no Na wa.,” the next long awaited project from acclaimed anime film creator Makoto Shinkai, this time featuring even more of the exclusive musical score created by the band RADWIMPS for the film’s soundtrack.

The promotional video was released on the official Toho YouTube channel, providing an even greater look at the upcoming film’s plot and some of its elements. The official “Kimi no Na wa.” Twitter account also made a post about the video, indicating that it previews Japanese rock band RADWIMPS’ “Sparkle,” according to the Anime News Network.

“Sparkle” is one of the 20 pieces of musical score that RADWIMPS is composing for “Kimi no Na wa.,” alongside “Zen Zen Zense” which is also used as the film’s theme song. The latter song is the background music used in the earlier parts of the video, with “Sparkle” presumable being the song that starts at the 48-second mark of the clip, where comets hurtling into Earth was shown.

As for the promotional video’s contents itself, a transcription of the voiceover provided by the Anime News Network gives a deeper insight into the film’s body switching plot. From the snippets of lines in the trailer, it seems that both of the film’s protagonists, Mitsuha and Taki, will end up connecting with each other more than they thought throughout their strange ordeal.

Both teenagers will feel exasperation at the other’s antics while in their respective bodies, although it seems that they might end up longing for each other in the end with the desire to search for one another.

“Kimi no Na wa.,” or “Your name.” in English, is the new upcoming animated film from Shinkai, the renowned creator of 2007’s “5 Centimeters Per Second” and 2013’s “The Garden of Words.” Unlike the more famous of his previous films, “Kimi no Na wa.” is shaping up to include more of a supernatural element with the body switching phenomena being a major component of the film’s plot.

The upcoming Anime Expo will hold a world premiere of “Kimi no Na wa.” in Los Angeles on July 3, with the film’s theatrical release in Japan set to follow on Aug. 26.

'The Originals' season 3 spoilers: Family, friends look for cure for...