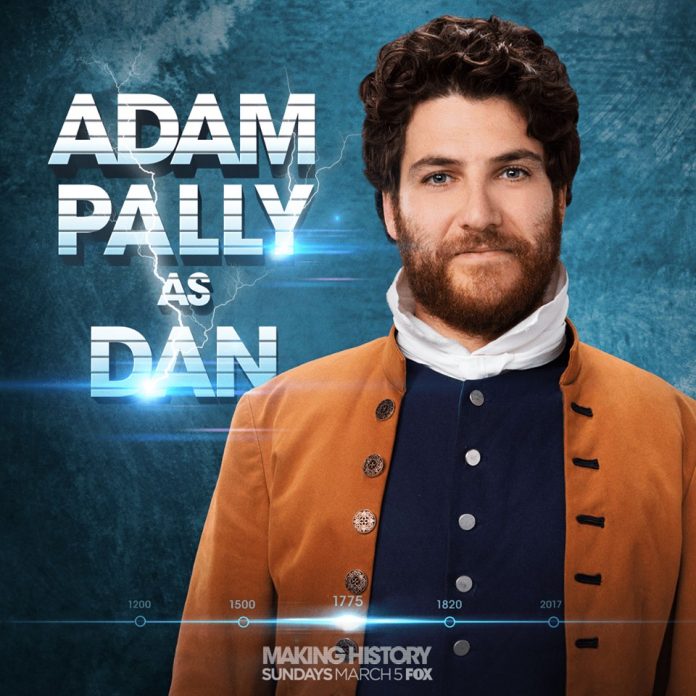 A recent report from Variety indicated that Pally was arrested for two misdemeanor drug possession charges in New York last Tuesday. The arrest was confirmed by a New York Police Department spokesperson.

Based on the report, the 35-year-old actor was spotted smoking marijuana using an e-cigarette near Hell’s Kitchen at about 10 o’clock in the evening. The authorities arrested him for illegal use, but then, Pally was also found carrying a small bag filled with cocaine. Hence, the second drug possession charge was imposed.

Pally has since been released from custody, but he is expected to face a judge within 30 days. He is currently facing unlawful possession of a controlled substance in the seventh degree and criminal possession of marijuana in the fifth degree.

As seen in the previous episode (4), Dan (Pally) went to the 18th century to win Deborah’s (Leighton Meester) heart. He lied about his real status, but somehow, she believed him. However, she was smart enough to learn that her boyfriend was in disguise.

To make amends, Dan tried to be an ideal boyfriend for Deborah, which included putting some makeup on her, leaving Chris (Lester) alone on the trivia night.

In the upcoming episode, titled “The Touchables,” the doting lover continues to shower his centennial girlfriend with sweet gestures. Sadly, he is just a janitor, and he is running out of money.

“In need of some quick cash for Deb to purchase an ice cream parlor, the trio decides to make some money rather than save the world. But after Chris devises a strategy to cash in on the fixed 1919 Chicago World Series baseball game, their get-rich-quick scheme is derailed when they run into the infamous mobster Al Capone,” the synopsis reads.

'Thor: Ragnarok' news: Karl Urban shares how he is preparing for...