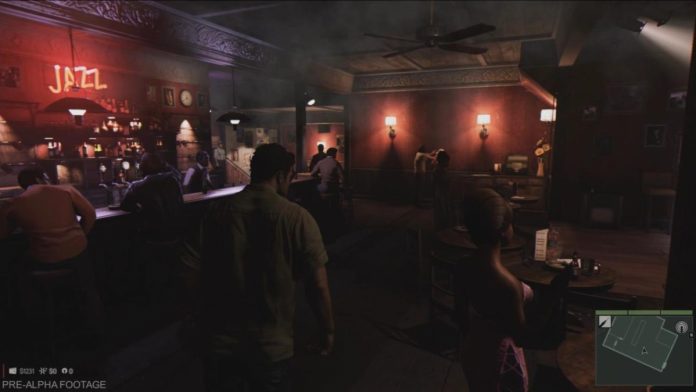 Game developer Hangar 13 of 2K Games recently revealed a first look on an early footage inside their upcoming and highly anticipated game “Mafia III.” The game developer showed the first set of screenshots from the game, showing off their intention to bring a game further to life through the maximization of the involvement of non-playable characters and the in-game environment to induce the mood and feel they want for the game.

As part of developer Hangar 13’s presentation at the recently held Game Developers Conference 2016, “Mafia III” systems designer Seth Rosen showed off a set of screenshots revealing the look of the City of New Orleans, where the game will be set in as well as a glimpse of inside environments such as a jazz bar.

The screenshots, while being from a pre-alpha version of the game, offers more “life” to the game in the way that the environment induces more mood and life to itfor one, the streets are filled with people who seem to be moving about in a natural manner, and there are live sings outside, too. Inside the bar, people are also “alive,” and there also seem to be a live band performing.

Unlike “Mafia” and “Mafia II,” the upcoming “Mafia III” game would take less focus on the conflict between Italian mobs and its members, but instead will have fans and players get to be in the shoes of the game main protagonist Lincoln Clay, an orphan and a man of mixed races coming back to his hometown in New Orleans all the way from fighting for the Vietnam War.

But when things get to turn in the wrong way, Clay is put into a situation where he sets out to bring down the leader of the famed Italian mob, Sal Marcano. Lincoln forms a criminal organization with the aim to take the mob down, and he will be joined by three people: Cassandra, from a faction of a Haitian gang with the same ill feelings towards the Italian mob; Burke, from the Irish mob; and Vito Scalleta of “Mafia II,” who is now out of prison.

“Mafia III” will come to the PlayStation 4 console sometime around this year.