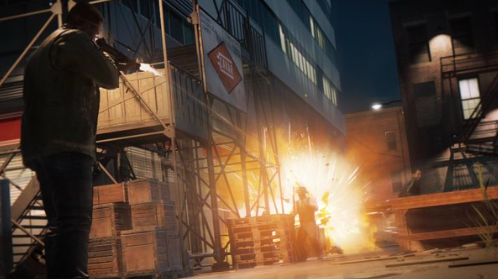 Players may be delighted to find out that publisher 2K Games has confirmed that “Mafia 3” will be launched across all platforms such as Playstation 4, Xbox One, and Windows PC on Oct. 7.

According to reports, the game is being developed by 2K’s newest studio Hangar 13. The narrative will take place in the year 1968, where an alternate version of New Orleans dubbed as New Bordeaux will be featured.

Players will have to follow the story of Vietnam War veteran Lincoln Clay and his attempt for some form of revenge. In his backstory, Clay goes home after serving in the war, only to find out that the criminal organization Black Mob, which he considers as his family, has been taken out by another local mafia headed by Italians and now rules the place. As the lone survivor of his group, he is forced to start a new team in order to avenge the death of his friends.

Studio director Haden Blackman teased to GameSpot previously that the third-action adventure game will have an open-world design, which will allow players to explore various in-game elements. They will also get to enjoy countless hours of gameplay as well as high replay value.

“We’re not talking about the exact hours yet, I’m a completionist too. It is hours and hours and hours of content. I hope that people are encouraged to replay and see things that they didn’t see before. Hopefully people go back and look for those little hidden gems,” he shared.

Interested players can choose from different options such as the standard or two special editions – Mafia 3 Deluxe Edition and the Collector’s Edition which are priced at $79.99 and $149.99, respectively. The deluxe is equipped with additional premium downloadable contents that have not been released yet, while the CE has physical items including a vinyl that features the game’s original soundtrack.

Pre-orders are now rolling out for the special editions and those who purchase in advance will have a Kick-Back pack as an incentive. The pack contains three exclusive lieutenant-themed vehicles and three weapon gifts.