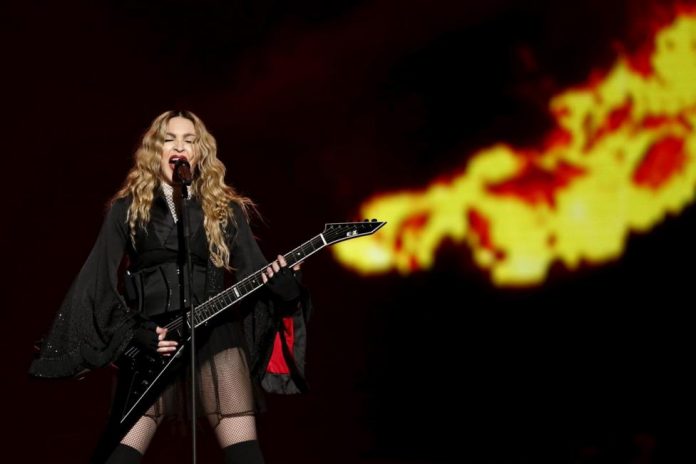 Madonna has praised working moms including herself on her social media account. The American singer has posted a photo on her Instagram showing one of the good times she had with her four kids.

According to USA Today, the said photo, which was taken a few years ago, shows the singer and her children bonding together. The 57-year-old Hollywood star also added a catchy caption which is believed to be related to the issues she is facing at present.

Madonna wrote that entertainers like her can also become good mothers. But the “Crazy for You” singer also added that single mothers like her are still not being encouraged today.

“Its possible to be an entertainer and a good mother!!! Too bad we don’t live in a society where many encourage strong independent single working moms! The next great Frontier!” the singer captioned her photo.

Madonna is currently fighting for the custody of her 15-year-old son Rocco against her ex-husband Guy Ritchie. According to People, the “Like a Virgin” singer will fight for her son until the end. A source who used to be a friend of the former couple told the site that the famous icon will not give up on her son.

The conflict between Madonna and Ritchie intensified when the teenager wasn’t able to get home in New York during the holidays when he went to London to bond with his dad in December. Rocco refused to return, which forced her mother to get a judge order to have him back in the U.S.

Unfortunately, Rocco, who spent Christmas and New Year with his father, is still in England. The source added that the singer’s children are everything to her, which is why she isn’t pleased with what is happening.