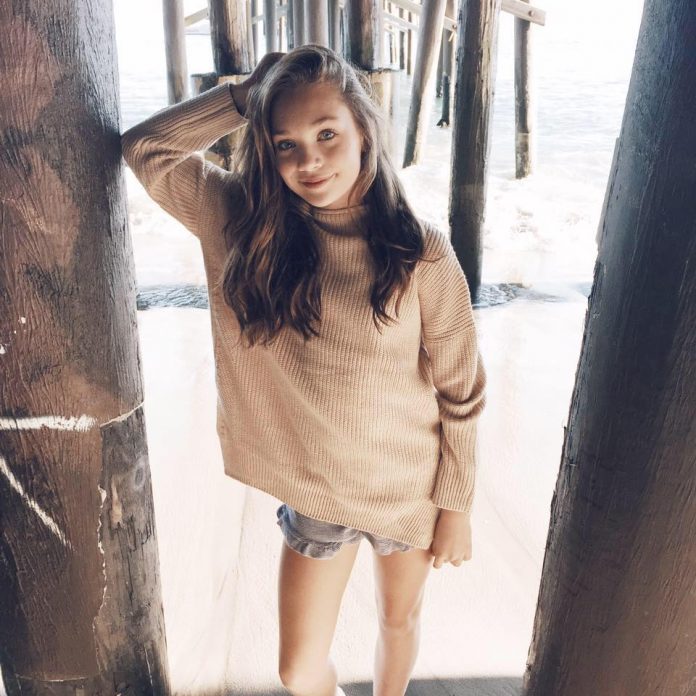 From her humble roots as an aspiring dancer in “Dance Moms,” Maddie Ziegler is now at the top of her game landing the coveted cover spot for Seventeen magazine. Alongside her being the face of the popular publication, at least for the upcoming August issue, Maddie talked about leaving the reality TV show and what comes next for her.

“Leaving ‘Dance Moms’ was a hard decision to make, but it was getting too stressful,” the 13-year-old star admitted. “Now, I feel like I’m so free.”

Those who have watched the Lifetime show know how intense everything can get from the long hours in the dance rooms, to coach Abby Lee Miller’s strict rules, to competition among the kids as well as their mothers. However, it is also no secret that among the bunch, Maddie had been the standout dancer. While it is never a bad thing to be the star of the show, it also poses some disadvantages as she has to always exceed expectation.

Nevertheless, that did not stop Maddie from chasing her dreams. After being singer Sia’s muse in her music videos, she now transitions into the world of acting with a slew of upcoming movies including this year’s “The Book of Henry.” She also nabbed a judging stint on “So You Think You Can Dance: The Next Generation.”

As for Maddie’s reason for leaving “Dance Moms,” Miller is more understanding of the young dancer’s decision.

“It was not an easy decision. It was a very difficult decision. However, she made the right one,” she said in a YouTube video, which was posted shortly after her show’s season 6 finale.

But despite this, the veteran choreographer teases that there might be an opportunity for the two of them to collaborate once more in the near future.

“Hopefully, wink wink, Maddie and I will work together again. She’s still at my studio. That’s never going to change. But hopefully we’re going to be working on another project that you might just see on your television screen [or] even your computer screen in the future. Keep your fingers crossed,” the 49-year-old mentor added.