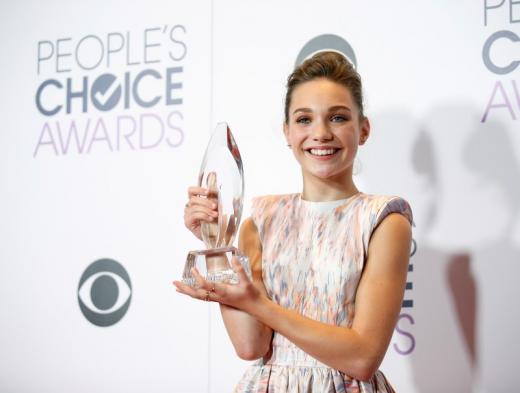 Renowned young dancer Maddie Ziegler is getting ready to perform with choreographer Travis Wall in the next “So You Think You Can Dance: Next Generation” (SYTYCD: NG) episode.

“Dance Moms” star Ziegler recently shared a photo on her Instagram account, showing her with “So You Think You Can Dance” alum, Wall, Entertainment Tonight reported.

“YAY! so excited for this,” the “Chandelier” dancer wrote.

Wall later reposted the image with the caption “Look who my dance partner is for the week!!!!!”

The performance was announced in last week’s episode of “SYTCD: NG,” in which Ziegler is currently a judge. She declined to share some details about her upcoming routine with the choreographer, so fans will have to tune in to the next episode to witness what they have in store for the viewers.

A more recent post by Ziegler showed the two resting on the floor after an intense practice session. She commented that although it was exhausting, she was also excited to perform with Wall.

In other news, Ziegler is being rumored to be in a relationship with fellow dancer Kenneth San Jose. She recently posted an image on her Instagram with San Jose, saying that she “missed him.” While this may seem innocent, her younger sister Mackenzie commented that she approves of the relationship, YIBADA reported.

Following this, comments asking if it is for real bombarded the post, but Ziegler stayed silent even after her sister’s post.

Before the controversial Instagram post with San Jose, she uploaded a solo picture of her wearing the same outfit holding a Breakthrough Performer Award by Industry Dance Awards. It is speculated that she attended the event with her fellow dancer.

The “So You Think You Can Dance: Next Generation” episode with Ziegler and Wall will air on Monday, Aug. 29 at 9 p.m. EDT on FOX.