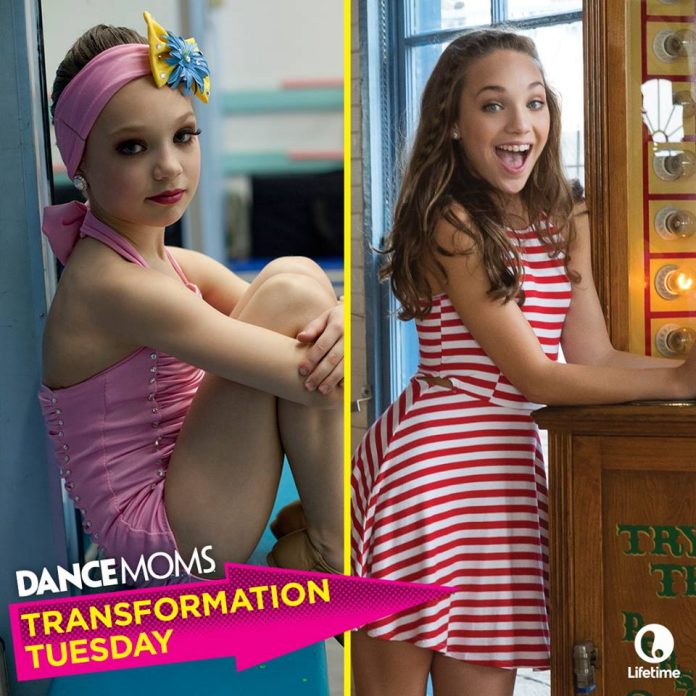 Maddie Ziegler has said goodbye to Lifetime’s reality competition show “Dance Moms” alongside mother Melissa Gisoni and little sister Mackenzie Ziegler. Fans are now wondering what will be next in the career of the breakout star.

The 13-year old dancer gave her final performance as part of Abby Lee Dance Company and the series she has been part of for six years. Titled “The Hostage,” her solo number is described to be haunting with its horror-themed music and deemed to be worth watching in repeat.

According to Bustle, fans may not see her making a cameo in the touted season 7 of the series as she is believed to be moving on to Hollywood and elevating her career to the next level.

Her new projects include a star-studded movie “The Book of Henry” with Naomi Watts, Lee Pace, Sarah Silverman, Dean Norris and Jacob Tremblay which wrapped up its productions in November, 2015; voicing a certain character in the animated film called “Ballerina” slated to premiere in 2017, alongside Elle Fanning for the the protagonist Felice; and more collaborations with Sia, who brought her along in this year’s Coachella and added her on-board a feature-length project titled “Sisters.”

Ziegler will also become one of the judges for the kids’ edition of “So You Think You Can Dance” dubbed as “The Next Generation.” In a previous interview with ET Online, the youngest judge in the show’s history shared, “It’s weird for me, because I’m not the one competing. I’m the one giving feedback to the kids.”

“I’ll just be honest and give them my feedback — in a nice way though, because I’m not an adult, so I really can’t be rude to them, and I would never be rude to them anyways,” she added.

She will join the panel composed of Paula Abdul, Jason Derulo and Nigel Lythgoe with the premiere episode airing May 30 on Fox.

Outlander season 2 spoilers: Much of second season action will be...

'Grimm' season 6 premiere spoilers: No time jump, Nick and the...