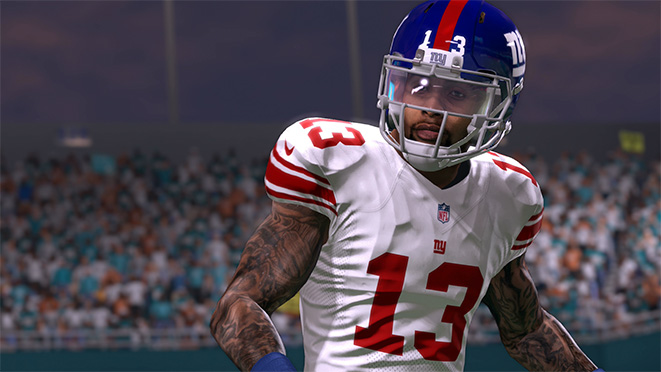 EA Sports recently released the updated ratings of their rosters for week 14 of their video game “Madden NFL 16.”

According to their official list, the game’s cover player Odell Beckham, Jr., who they described to be unstoppable, received +1 in his overall rating boosting it to 95. He was able to accomplish seven catches for 166 and 2 TDs. His MNF performance is also steadily becoming common in the field.

Another highlighted player was Carolina Panthers’ Kurt Coleman with his nine tackles and one interception performance that gave him +2 in overall for a total of 86. It is also commendable that the team’s defense was rock solid during their match against the Atlanta Falcons.

Meanwhile, the biggest overall change went to Ravens’ Lawrence Guy with +12 to OVR 75, followed by Raiders’ Amerson David with +5 to OVR 82. Charles Gaines and Shelby Harris of the Browns and Raiders, respectively, both got +4, increasing theirs to 66 and 70.

The ones who received a downgrade in the ratings include Saints’ Chris Owen with -5, Packers’ Morgan Burnett with -4, and -3 for Browns’ Chance Casey, Lions’ Bear Pascoe, Raider’s DJ Hayden, and Chiefs’ Knile Davis.