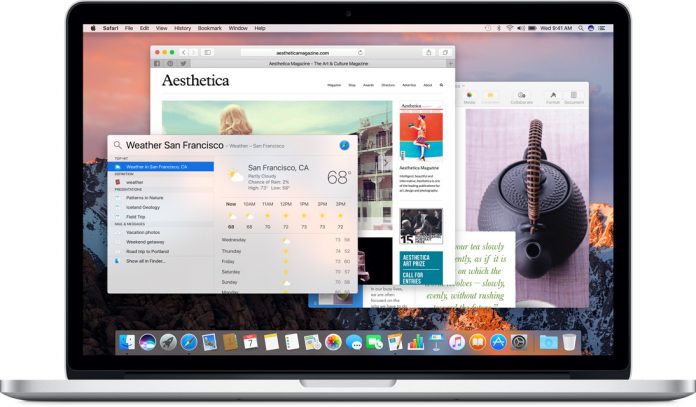 Is Apple about to unveil the next-generation MacBook Pro? Over the past few weeks, there has been speculation that the Cupertino-based company was going to announce the laptop at its Sept. 7 event along with the iPhone 7. But the device was nowhere in sight, and the company’s flagship phone was launched alongside the Apple Watch Series 2 instead. Now, rumors claim that the MacBook Pro 2016 is going to be released next month, and the device is said to have some new features, including Apple’s latest software for desktop computers.

It was rumored that the new MacBook Pro will come in two models a 13-inch variant and a 15-inch model, as predicted by analyst Ming-Chi Kuo. The device is expected to have a few subtle design changes, including a sleeker and sharper look and an even thinner shell than its predecessor.

One of the upcoming laptop’s most talked-about features is the presence of an OLED display strip, in place of the function keys found above the number keys on the keyboard. The OLED display is said to be customizable, and users can purportedly assign a key to open a certain app.

It has also been said that the MacBook Pro 2016 will have Apple’s latest software the macOS Sierra. This appears to be highly possible, as the tech giant has just released the software this week. With it, MacBook Pro users can have the luxury of having their own virtual personal assistant as the new software has Siri in it. The software also has iCloud Drive, which will allow users to view their desktops across multiple Macs and on iOS.

There have been predictions that the MacBook Pro 2016 will be announced at another Apple event in October, but it appears that this is unlikely as reports claim that the company has just started sending out surveys to users asking about MacBook Pro features, particularly about its headphone jack. It was said that Apple could be trying to find out if users need the headphone jack as it plans to ship the new MacBook Pro without it.