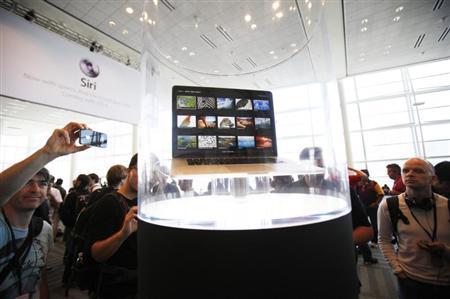 With the available versions of MacBook lines not having Intel’s newest processor, it is expected that the models will be upgraded sometime soon.

According to Forbes, the update is expected to arrive imminently especially with competitors moving on to the sixth generation Intel Core Processor called Skylake, which follows the Haswell/Broadwell microarchitecture.

Even if Apple has not yet announced anything official, it is believed that they will have the chipset under the hood of their next generation devices as it brings a lot of improvements when it comes to battery life and graphics.

The report advised consumers that it may be fruitful to wait for the touted new 15-inch MacBook Pro Retina. The current version was last updated in May 2015 but it is still powered by Haswell processor. Aside from internal modifications, the physical built such as the chassis is also predicted to be enhanced as it still carries the design that was unveiled back in 2012.

However, with the discounts rolling out for 13-inch MacBook Pro, although it is deemed that there will be a new model from the Cupertino-based giant, what the retailers are offering are said considered to not be bad deals. The Broadwell-equipped devices are being sold with significant markdowns, which is taken as a sign that the latest one may hit the market presumably during the rumored event this month alongside the purported 4-inch iPhone 5se or iPhone 6c and iPad Pro Mini.

Aside from the processor, the gadgets may also have a lighter and sleeker dimension and become available in gold. There are also hearsays that the display may even support touchscreen similar to the offerings of Asus.

The Apple-hosted March event is believed to take place either on the 15th or 22nd. However, since the company has yet to announce anything official, available information should be taken with a grain of salt.