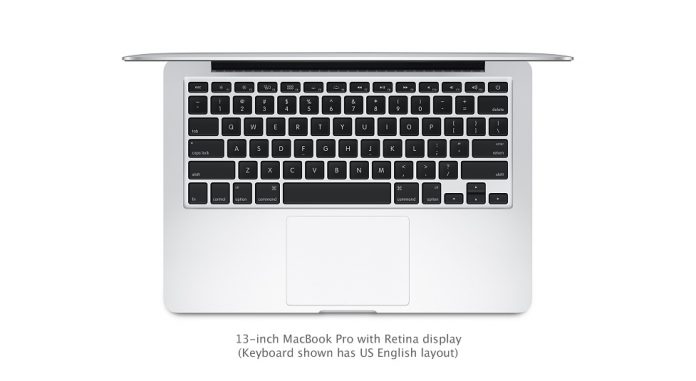 Oct. 27 is finally here and insiders believe Apple is ready to announce their new MacBook Pro in a scheduled media event. Sources say the product may hit the market a few weeks after the event. But before Apple even gets the chance to unveil the device, leaked images of the MacBook Pro 2016 are already circulating online.

News of the leak first came out when Mac Rumors discovered that there were images of the new MacBook Pro hidden inside the macOS Sierra 10.12.1 update. The images show that the device will have an OLED touch panel with a Touch ID fingerprint reader on the far right. So, say goodbye to the Esc and function keys.

Reports say Apple is going to name their OLED touch panel the Magic Toolbar. An article on The Verge noted that this certainly sounds like a name that Apple would use. Besides, the company already has a Magic Mouse, a Magic Keyboard, and a Magic Trackpad. So, why not a Magic Toolbar? One of the images shows a person using Apple Pay with the Touch ID sensor, so it appears that the device will support the program.

The keys on the notebook appear to be flatter, and it looks like the MacBook Pro 2016 will use the same butterfly mechanism as the MacBook Retina. Furthermore, the speakers appear to be at the side of the keyboard.

The side of the notebook is not visible on the images but Mac Rumors believes that the new MacBook Pro will have four USB-C ports, an HDMI port, a MagSafe port, and a 3.5 mm headphone jack. The publication also thinks that the device will not have an SD card slot.

Right now, readers are advised to take everything with a grain of salt until the specs and features of the new MacBook Pro are confirmed.

iPad Mini 5 release date, specs: fifth-generation device could have a...