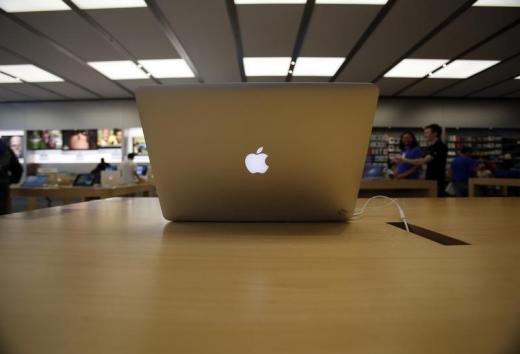 Apple has not officially announced any information regarding their next-in-line laptop, “Macbook Pro 2016,” but speculations surrounding the rumor mill suggest that it may arrive either before the year ends in December or during the first quarter of 2016, alongside the launch of other devices such as Macbook Air and iPad Air 3.

Reports claim that the apparent delay may be due to preventing any possible conflict with the upcoming iPad Pro that will be released in November. In order not to compete with sales, the Macbook Pro is said to have been pushed back a little later as the tablet is being marketed as the most powerful model so far that can be in contestation with Microsoft Surface Pro 4.

While another probable cause for the postponement may have something to do with Intel processors which are rumored not to be in production yet.

Although the Cupertino-based giant is keeping mum on the subject, fans assume that there will be more products available soon in the market as previous models have started to be sold at lower prices.

Tech website AppleInsider and electronic retailer Adorama share that consumers can save up to $300 to $600 for 15-inch MacBook Pro 2015 and up to a stunning discount of 800 for older ones. The exclusive offer also comes with three years of AppleCare extended protection amounting to $349, free LG super drive and other cash discounts.

When it comes to specification, the laptop may be slightly thinner and lighter than its predecessors and may be offered in two variants 13-inch and 15-inch screen displays. It may be powered by Intel Skylake-U chipset, have an improved and longer lasting battery life, and may support USB Type-C port.

The prices are predicted to be at around $1500 to $1699, depending on the dimension and the capacity of RAM.