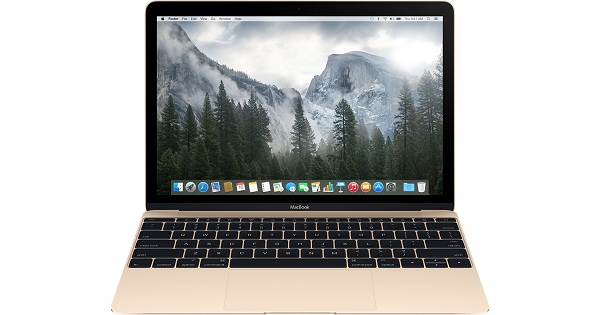 Apple will be introducing new products to the public on Monday, and industry followers suggest one of these could be the rumored MacBook Pro 2016. Speculations further hint that the new laptop could have Skylake chips as well as come in a gold variant.

Skylake processors are Intel’s sixth-generation chips currently powering products from Apple competitors HP, Dell, and Microsoft. In a sense, Apple can be seen as lagging behind, but this might all change if rumors are true. A report from MacWorld says Intel’s Skylake chips are “likely” to be integrated to the new MacBooks. Doing so will not only keep Apple in stride with its rivals but also provide users with a significant boost in performance and graphics.

In addition to making the MacBook a faster machine, Skylake processors, working with Apple’s El Capitan OS, can improve the device’s efficiency and battery life. The current Retina MacBook Pro models provide up to 8 to 10 hours of battery life, while the MacBook Air provides up to 9 to 12 hours.

The Skylake rumor has been around since early this year. In January, a couple of benchmarks even surfaced but those have been categorized as “likely false.” A separate report also claims the MacBook Pro 2016 could likely use Intel’s 14-nm Core M chip or possibly the upcoming A10X chip instead of Skylake. Nothing’s certain and all of these are considered rumors at this point.

Moving to the MacBook Pro 2016’s design, it’s not expected to have any major change. However, a new report says the new laptop could release a gold model, possibly days or weeks after the March 21 event. Apple introduced gold color options for the iPhone and iPad  in the past years so it’s a possibility but still a rumor at the moment.

Apple has already sent invites for its “Let Us Loop You In” event at Cupertino on Monday. The company is expected to remove the wraps off a 4-inch iPhone SE and new bands for its Apple Watch. Pundits say there’s a slim chance new MacBooks would be unveiled at the event. Fans and followers will have to find out on March 21.