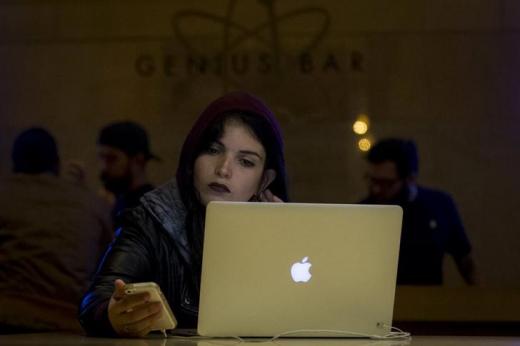 Apple reportedly recently pulled out the non-Retina MacBook Pro from the stores’ showfloors, a move that is deemed to pave the way for the product’s complete phase-out and the possible arrival of the rumored 2016 version.

According to AppleInsider, although the laptop is still in stock and available to buy, it is no longer on display at some retail stores in the United States. The tech giant also seemed to have marginalized the non-Retina MacBook Pro both in sales and in marketing at it is located at the bottom of the online store and not even mentioned in the main product page.

It is speculated that a phase-out makes sense since the company has not updated the version since 2012, while the Retina models have had some upgrades. If this comes to fruition, a newer version of MacBook Pro may be offered with more exciting features.

The enhancements may include a redesigned body equipped with an OLED touch bar and even a Touch ID fingerprint sensor similar to the iPhone for added security and authentication.

A report from Mac Generation also points to a human interface device usage resource from the macOS Sierra application program interface (API) that suggests a potential secondary, customizable display. Some of the references seemingly relate to a standalone status bar that has several functions and controls for the display of battery life, printer status, media player, media transport, system status message, audio controls, and other generic alerts.

Moreover, some industry followers note that other elements to be added in the device include the USB Type-C ports and Thunderbolt 3 support. There also talk of “Do Not Disturb” and “Dark Mode” settings to cater to different users.

When it comes to the MacBook Pro 2016’s dimensions, it is expected to be slimmer and lighter compared to its predecessor with two variants 13-inch and 15-inch. The launch is predicted to take place sometime in the fourth quarter of the year, between September to December.

However, since Apple has not commented on the matter yet, available information should be taken with a grain of salt.