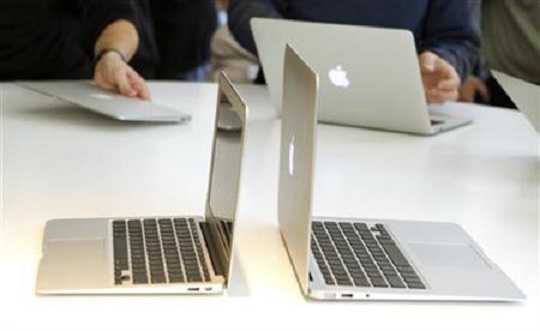 Apple’s product lineup of laptops is made up of the MacBook, MacBook Air, and the MacBook Pro, with the difference in all three lying primarily on the price and collection of specs. And while it’s easy to say that the mid-range MacBook Air has so far been successful in producing sales for the line, the rumor of it coming to its final curtain of production hasn’t dwindled a bit, probably because Apple hasn’t really been that accommodating in terms of releasing information about the device.

Although there still are a lot of people hoping for the MacBook Air 2016 to come out before the end of the year, a huge part of that hope came crashing down when Apple didn’t include it in its Sept. 7 iPhone 7 and Apple Watch Series 2 launch. Of all the products in the MacBook lineup, it’s supposed to be the one that needs a new version, considering that it has not seen major aesthetic and hardware improvements since it was introduced in the market eight years ago.

And if there eventually is a new MacBook Air coming, it has to be made up of radical changes, including that of a bigger 15-inch screen, according to Tech Radar. The current line offers 11-inch and 13.3-inch screen sizes and is marketed as the smaller and stripped-down version of the MacBook Pro. But if there will be changes to the new generation MacBook Air, Apple has to make the critical decision of either retaining the old size or giving way for a bigger one.

Meanwhile, a new report from Forbes quoted analyst Rhoda Alexander from IHS Markit Technology, revealing that based on her company’s predictions, the MacBook Air will be offered in a 13.3-inch version and may be launched this month or in October. She added that because the production of the MacBook Air 2016 along with the new MacBook Pro started in the second quarter of this year, it is unlikely that both laptop computers will be equipped with the Intel Kaby Lake processor. This essentially kills previous speculations that the reason why both the Air and Pro laptops have not been released is because Apple was waiting for the Kaby Lake to be released. As it turns out, the upcoming products will not wear the latest chipset after all.

But the good news is that at least for once, there’s a reputable source of information about the MacBook Air 2016, giving fans of this laptop line some renewed hope that it won’t see its end of production, at least not now.