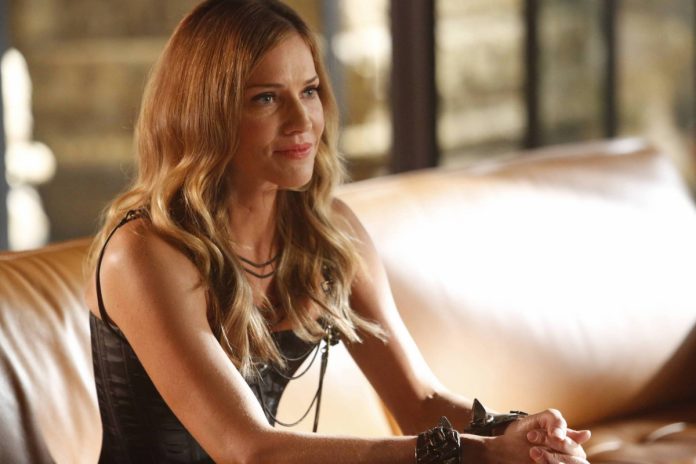 Tricia Helfer teases her character Charlotte Richards’ relationship with both of her sons as season 2 of FOX’s supernatural series “Lucifer” progresses.

Charlotte, also known as the devil’s mother, made her debut during the premiere installment. It was showcased that despite her imprisonment in Hell for thousands of years, she still appears to be a lot of fun.

In an interview with TV Line following her introduction, the actress shared that when showrunners Ildy Modrovich and Joe Henderson pitched to her the role, she was immediately hooked. She hinted that there will be a lot more layers to Charlotte. Viewers may expect that she will not just be an evil person but someone with a personal agenda.

When it comes to her connection with sons Lucifer (Tom Ellis) and Amenadiel (D.B. Woodside), she said that the latter will be more distrustful. It turns out that he has always followed more of his Father’s word and he even delivered Mom down to Hell as instructed. However, as he begins to experience being loved and taken care of his mother, he will begin to question, “Should he have been believing of his mother more along the way?”

“In some ways, the longer Mom’s on Earth, the closer she gets to Amenadiel and the further apart she grows from Lucifer, which is the opposite of how it started out,” she added.

Meanwhile, in the upcoming episode 3 titled “Sin-Eater,” the titular character will investigate a gruesome murder alongside Chloe (Lauren German). The duo will stumble upon a video of the crime on social media and after another footage appears they realize that they are dealing with a potential serial killer. Amenadiel will also struggle with his loss of power.

Down the line, in episode 4 dubbed “Lady Parts,” Lucifer and Chloe will be looking for a killer who poisoned two young transplants patients in Los Angeles. Elsewhere, Maze (Lesley-Ann Brandt) convinces Chloe to go out for drinks. The latter perceives it as an act of friendship but it is actually a part of a bet between Maze and Lucifer.

'The Good Wife' season 7 news: Showrunners to exit the show...