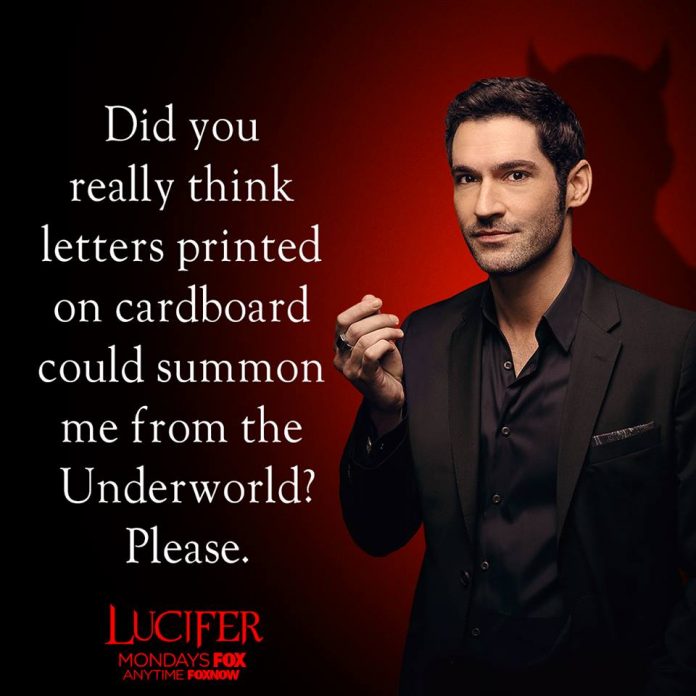 According to the synopsis of episode 5 titled “Weaponizer,” Uriel will visit his family and his appearance will force Amenadiel (D.B. Woodside) to come clean about his lost powers.

Meanwhile, Lucifer (Tom Ellis) is excited to investigate the murder of his favorite action movie hero, Wesley Cabot. Longtime rival Rolf Van Zandt (Mark Dacascos) will initially become his suspect but his investigation will shift as he finds more information. He will also fight with Uriel about Chloe (Lauren German) and their recently freed mother, Charlotte (Tricia Helfer).

Reports claim that Jamie Lee Adrienne (Charisma Carpenter) will become the primary suspect instead. Lucifer will confront her as she was Wesley’s spouse but she insists that she had no role in his death. In a sneak peek, she is seen to be shocked by the events. “I can’t believe Wesley is really gone,” she states.

Moreover, episode 6 dubbed “Monster” will have the devil losing his cool as he is ridden with guilt and has a penchant for self-destruction. The titular protagonist will clash with Chloe during an investigation, leading her to team up with Dan (Kevin Alejandro) instead.

Down the line, episode 7 “My Little Monkey” will feature Chloe trying to track down her father’s killer. When the prisoner convicted of murdering the patriarch suddenly meets his demise, new evidence suggests that he was actually framed. In addition, Maze tries to find a job and Lucifer shadows Dan in order to learn how to become normal.

‘Rick and Morty’ crossed over with ‘Alien: Covenant’ in video clip