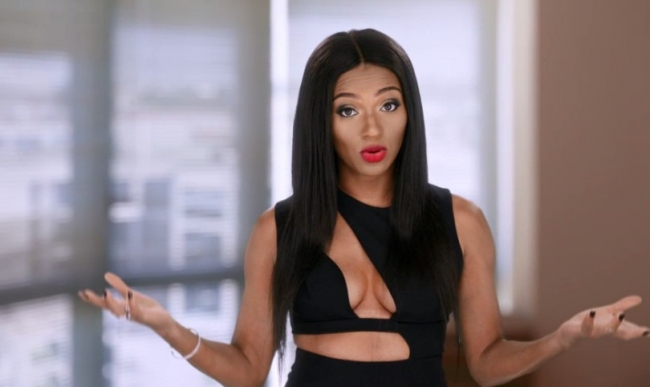 It will be an interesting season 6 cast reunion for “Love & Hip Hop: New York” especially after the producers suddenly requested the cast members to say nice things about each other.

International Business Times reported that the VH1 reality show planned a special project ahead of the reunion special, and its first part will go on air tonight. In a behind-the-scenes video, staff from the show asked the cast members to say something nice about those who they may have bumped heads along the way this season. Unfortunately, the girls were either reluctant to participate or just blatantly refused to speak revealing that they do not have anything good to say about anyone else.

One cast member who refused to speak was Amina Buddafly who butted heads with Tara Wallace over Peter Gunz over the course of the season. Peter, who happened to be the father of the children of Amina and Tara, was still married to the former when it was later found out that he was already cheating with the latter.

“I’m sure there are a lot of nice things about Tara, but I don’t have anything nice to say at this moment,” Amina said.

Tara, on the other hand, kept her lips sealed when she was asked. However, on her recent sit down with Vibe, the new mother opened up on a lot of things including her new baby named Gunther, as well as how she was able to explain to his other two kids that a new sibling will be joining their family.

“Live and let go. My number one goal is to be a mom and provide a supportive and loving home for my boys and I’m doing just that. Everything else will fall in place,” the reality star said, referencing the hate that she has been receiving ever since it was revealed that she was going to have a child with a married man.

On the subject of explaining the situation to her other kids, the actress shared, “I told my sons about having another baby they were excited. That’s when I decided to let everything go and say, ‘You know what? This baby is happening. This is the choice I made.’ The only thing that mattered at that moment was that I was in a healthy state mentally and physically to have another child.”

ABOUT US
VineReport provides the top and most engaging news stories from around the globe, from world and politics to entertainment and sport. We seek to bring the freshest news each day from the spectrum of stories that matter the most to you.
Contact us: [email protected]om
FOLLOW US
© 2017 Vine Report. All Rights Reserved.
MORE STORIES

'Wolverine 3' news and casting update: Patrick Stewart comes on board...