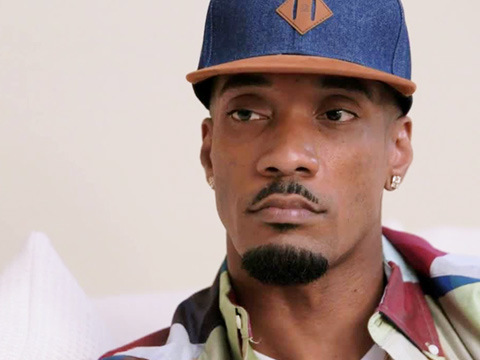 During last episode, the aspiring rapper was shooting his first music video for the song “West Coast” but he seems distracted with boyfriend Milan Christopher not taking his calls as the two are reportedly taking a break from their relationship.

He instead called up Amber and suggests that they go to a therapist together which she agreed to. In turn, Amber looks like she is hopeful about Miles as she discussed him with her sister.

With the help from his therapist Dr. Stacy Kaiser, Miles tried to open up his true feelings through a practice session. Tears started falling down as he says, “It’s like, it’s really really hard for me. I didn’t wanna hurt her or anything like that.” He then told the camera, “So many emotions running through my body. I didn’t know how to feel. Some parts of me wanted to get up and run out. But I know that getting everything off my chest and telling my truth, I am freeing her as well.”

It remains to be seen if Miles can tell Amber everything as he previously shared that he is afraid how his family and friends will take his confession. At the same time, it will be interesting to find out how Amber takes the revelation from her former beau even though it may mean that her heart will get broken.