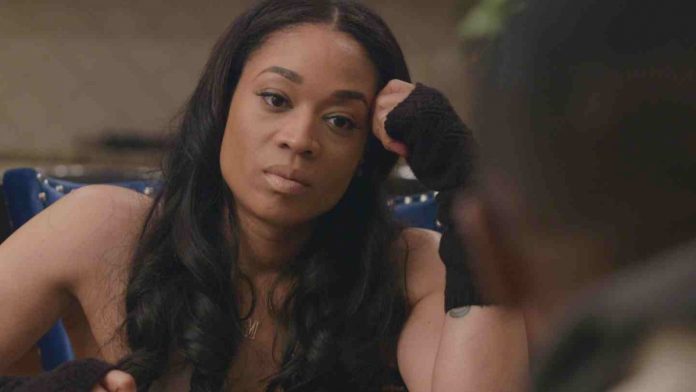 In the latest episode of ‘Love and Hip Hop Atlanta,’ Nikko and Margeaux realize their involvement in the sex tape and begin to regret their decisions.

In the latest teaser released for the next episode, Mimi Faust comes clean about her alleged role in the release of the sex tape with Nikko. Upon listening to Mim’is confession and regret, Margeaux also begins to wonder if she was partly the reason behind her breakup.

According to the trailer, she wonders if Nikko decided to go with the plan of the tape because of their breakup. Nikko and Margeaux had split up earlier because she allegedly cheated on him, before the two got back together to move to Atlanta. Reflecting on the past, Margeaux broke down into tears. Seeing her, even Nikko got a little emotional as well.

In the sneak peek, Nikko was reported as saying, “I actually needed to hear that. It did crush me. It broke me. I won’t lie. I mean it’s a lot that we didn’t resolve. And that relationship you had on me, it crushed it. I had a lot of resentment towards you.”

While Nikko is ready to forget the past to make their relationship work, Margeaux may not quite be there yet. Based on the teaser, she’s seen telling him that their relationship can no longer work because it has become toxic and that it is better for them to move on. The scene ended with Nikko crying in despair.

This sex tape scandal ends badly not just for Nikko, but Mimi’s friend Ariane as well. Ariane, who got a modeling project from Margeaux, passes on the message to Mimi that Margeaux thought a third-party broker helped them put the sex tape together. Mimi gets annoyed with this piece of information and kicks her out of the house.

Meanwhile, Yung Joc’s current partner Khadiyah gets into a fight with the rest of his ex partners. She will later be seen getting into a huge fight with Yung Joc as she feels he isn’t supporting her. In the next episode, she will tell about her pregnancy.

Beauty and the Beast season 3 episode 6 Cat is...

'The Flash' season 3 spoilers: Wally starts having dreams about being...