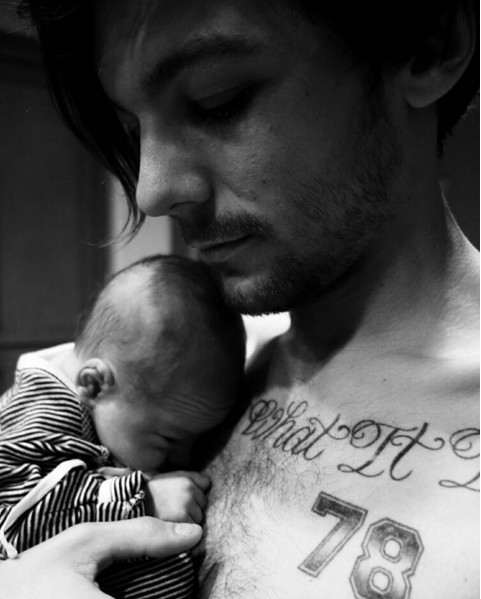 Louis Tomlinson could be the one who needs the hiatus the most, now that he’s loving spending sweet time with his son, Freddie Reign.

A source close to the One Direction member told Hollywood Life that Tomlinson, 24, doesn’t want to be away from his baby with ex-girlfriend Briana Jungwirth for too long.

Louis “doesn’t want to leave Freddie’s side and when he isn’t with Freddie, he’s either texting or on the phone with Briana asking for updates,” the source revealed.

The “Story of my Life” singer even told his band mate, Harry Styles that “he doesn’t want to miss a thing when it comes to Freddie.”

“Harry jokes that Louis’ favorite song is now Aerosmith’s ‘I Don’t Want To Miss A Thing,'” the source continued.

Moreover, the source dished out that Louis even listens to the song while rocking Freddie to sleep.

TMZ reported that Louis and Briana chose the name of their baby together.

Louis chose the name Freddie because he just liked the “ring of it,” while Briana wanted a name that sounded “earthy.”

Since the name Rain just sounds a little “girly,” Briana opted for a different spelling, “Reign” to make it sound more royal.

Louis posted a photo of him and his son on Instagram with a caption, “Meet my little lad, Freddie.”

As for the rest of his bandmates, Hollywood Life reported that they haven’t visited the baby yet. Fans might just have to wait for Harry, Niall Horan, and Liam Payne to fly from the U.K. to Los Angeles to visit Freddie, who was born on Jan. 21.

Fomer member Zayn Malik, who just went solo, is happy for Louis in his recent interview. “Obviously I wish him the best of luck. His kid is cute as f*** so obviously I favorited it,” he said.