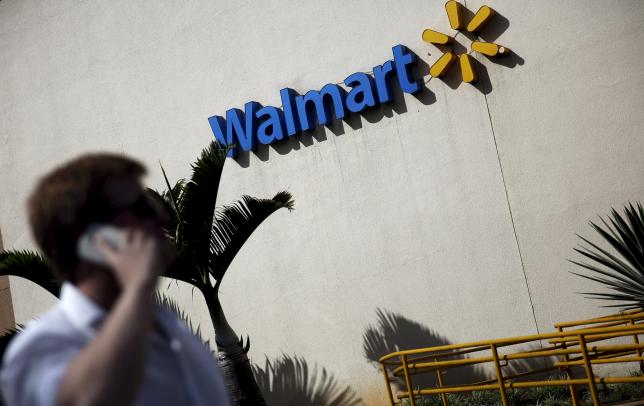 When Wal-Mart Stores Inc. first expanded into Brazil’s midwestern farm-belt city of Campo Grande seven years ago, the economy was booming and executives were eager to open stores even in sub-prime locations on one-way streets heading out of town.

It didn’t last. At the end of December, the U.S. retailer closed both of its Maxxi brand cash-and-carry stores in Campo Grande as part of a restructuring that shuttered 60 locations across Brazil, including some Supercenters. Shoppers said the stores could not compete on assortment, price or location.

“It was never clear who Maxxi was for. It wasn’t cheap enough for the poor. But there was no appeal for the middle class,” said Ordecy Gossler, 40, a public accountant filling his cart with cleaning supplies and toilet paper at Atacado, a rival chain run by France’s Carrefour.

“When they announced in December that both Maxxis were closing, no one in my office knew where they were.”

Today, Wal-Mart has just one Supercenter left in this city of 850,000 people, whose demographic of thrifty shoppers had once seemed suited to the world’s largest retailer. It shuttered the city’s other one at the end of the year, as traffic dwindled in the shopping mall it was meant to anchor.

The retreat from Campo Grande is emblematic of Wal-Mart’s broader issues in Brazil, a once-red-hot destination for foreign retailers and other companies that has turned stone cold. And the lackluster performance in Latin America’s largest economy shows how tactics that helped Wal-Mart build success in the U.S. sometimes get badly lost in translation overseas.

International results have been anemic, despite $22 billion in capital investment over the past five years. Wal-Mart last year generated a 4.5 percent operating profit margin from international markets, well below the 7.4 percent return posted from the U.S.

Seeking higher returns, Wal-Mart CEO Doug McMillon in October announced a strategic review of the company’s global assets. Some securities analysts have speculated Wal-Mart could exit Brazil, as well as other markets in Latin America where it is already closing an additional 55 stores.

The pullback in Brazil also has some worrying echoes of previous Wal-Mart debacles overseas, including South Korea and Germany, two markets it abandoned in 2006.

Brazil in particular has been dogged by poor locations, inefficient operations, labor troubles and uncompetitive prices — with some of the problems baked in during an aggressive, decade-long growth surge, according to interviews with a dozen former and current Wal-Mart executives, as well as analysts, shoppers and store employees.

Wal-Mart would not comment on financial results from Brazil ahead of the company’s quarterly earnings on Feb. 18. People familiar with the numbers told Reuters that Wal-Mart has posted operating losses in Brazil for each of the past seven years. Jo Newbould, a spokeswoman for the retailer, said the store closures were part of its efforts to “actively manage” its global assets and that it has been working to lower costs in Brazil.

David Cheesewright, head of Wal-Mart’s international operations, said in an interview that it has no plans to quit Brazil.

He pointed to the company’s decision to invest in completing an integration of legacy computer systems into the wider Wal-Mart platform as evidence of a commitment to the market. “That’s not the act of someone who is packing up the firm for other purposes,” he said.

Cheesewright expressed optimism about a turnaround. “It’s a market that has always been high on potential, but has been a roller-coaster ride in terms of its performance,” he said. “It happens to be on a downturn at the moment, and I’m sure it will do what it always has done, which is improve.”

Wal-Mart first entered Brazil in 1995 and grew in measured steps for nearly a decade. That changed in 2004-2005, when it spent about $1 billion to buy two retailers, Bompreo S.A. Supermercados do Nordeste and Sonae Distribuio Brasil S.A.

The deals expanded Wal-Mart’s operations into the northeast and south of Brazil, and marked the beginning of a spending spree aimed at building a national footprint. With the takeovers came an array of brands: Wal-Mart currently operates under nine different store banners in Brazil.

At the height of the expansion, former Wal-Mart executives said, a land rush mentality took hold. Brazil’s thriving economy in those years convinced executives the biggest risk lay in moving too slowly. In response, they approved new store sites based on increasingly rosy forecasts of future sales.

“Most executives didn’t have the voice to say, ‘Don’t open this store; let’s not approve more stores,'” a former finance executive recalled. “Why not? Because Brazil was the new country. We needed to put investment in before others do.” In a six-year stretch through the fiscal year ending January 2013, Wal-Mart doubled its locations, reaching nearly 560 at its peak.

The rapid expansion strained Wal-Mart’s logistics — traditionally one of its strong points in the U.S. but a drag on performance in Brazil.

In some cases, delivery trucks drove days to reach distant stores from centrally located warehouses. Executives from headquarters bickered with those running some kinds of stores about who should bear the distribution costs, the former finance executive said.

Amid the focus on growth, executives never fully integrated the legacy information systems from Bompreo and Sonae. Disruptions in communication between headquarters and the many different store types allowed inefficiencies to take root. Buyers, for instance, found themselves using three laptops, one each for the two legacy systems and another for the Wal-Mart platform, people familiar with the matter said.

Cheesewright said he had put a priority on systems and would complete the integration by the middle of 2016. He said that would allow Brazil to benefit fully from system and process advancements made in the U.S., helping it to lower costs.

He also said Wal-Mart was getting a grip on Brazil’s complex tax system and litigious labor market, problems that have dogged it for years. In January 2014 Wal-Mart disclosed that unforeseen Brazil tax assessments and employment claims tied to a cost-cutting drive would slice 2 percent off its annual earnings globally. Labor claims in Brazil also hurt its results in the third quarter of the financial year that has just ended.

Cheesewright said it was implementing a plan, including putting advanced time-keeping equipment in stores and getting workers to formally clock in, which should lower the risk of worker lawsuits.

“A lot of the stuff in Brazil is just the basic stuff: do people properly clock out for their lunch breaks, do you manage overtime correctly, do they have the right breaks between shifts?” he said. “It’s a lot of basic blocking and tackling.”Wal-Mart, whose sales at existing stores in the country edged down 0.6 percent in the August-October quarter, isn’t the only retailer hurting in Brazil.

With the economy in a deepening recession, market leader GPA, controlled by France’s Casino, suffered a 2.3 percent sales drop at existing stores in the October-December quarter and has said it would slash investments in 2016.

Carrefour bucked the trend, posting 8.5 percent growth in sales at existing stores, thanks to investments in hypermarkets and growth at Atacado, the country’s biggest cash-and-carry chain.

The cash-and-carry format, which features bulk sales of food and other items paid for in cash and carried out by the customers themselves, has emerged as a rare bright spot in Brazilian retail.

Cheesewright said Maxxi was now one of Wal-Mart’s best performing formats after it had narrowed its focus to small business owners, giving up on competing head-to-head with the larger warehouses of Atacado, which caters to both business shoppers and an increasing number of thrifty families.

But after paring back to 44 locations, Maxxi gives Wal-Mart far less exposure to the cash-and-carry business than Atacado and GPA’s Assai, which have 123 and 95 stores, respectively. Some analysts and former executives say one of Wal-Mart’s biggest missteps was losing a bidding match for Atacado to Carrefour, which paid $1.1 billion for it in 2007.

Cheesewright said Wal-Mart was piloting a larger version of its Todo Dia discount format in part as a way to attract some of the family shoppers now using rival cash-and-carry stores. Other plans include renovating supermarkets with a slightly smaller assortment and a focus on fresh food.

The task of making all that happen falls to Flavio Cotini, who was promoted this month from chief financial officer to head the Brazilian operations. The reshuffle marked the fourth leadership change in Brazil since 2008 — a lack of continuity at the top that has exacerbated problems, including hindering efforts to integrate operations, former executives said.”

When you build a castle you build the foundation first. Wal-Mart did it in reverse in Brazil,” a former senior executive in the international business said. “It is so hard to build a national chain when your system backbone is not in place.”

Former President Jimmy Carter to be treated for brain cancer

Putin visits Italy with one eye on EU sanctions