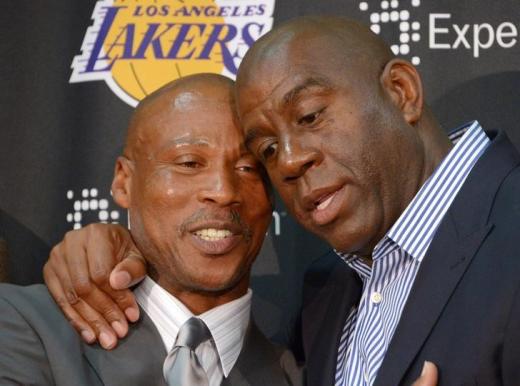 With only 26 games left in the current 2015-2016 NBA season, the Los Angeles Lakers is said to be heading to a draft lottery for free agency once again as they have a projected $65 million in salary space cap.

According to Lakers Nation, the team has only top-three protected pick as a result of Steve Nash trade in 2012. Although they seem to have a good amount that they can spend, there are hearsays that they are not considered as a frontrunner to acquire Kevin Durant from Oklahoma City Thunder.

Durant is said to have his eyes to win a championship right away and his attention may be tuned in to a different franchise. There are speculations suggesting that he may be considering to become part of thbe Golden State Warriors as the 28-year-old player is in the prime of his career.

Meanwhile, as the Lakers finishes the season, reports claim that head coach Byron Scott may be planning to give young players such as Julius Randle, D’Angelo Russell, and Jordan Clarkson extensive minutes.

Randle is apparently putting up a good performance as he averages 12.6 points and 12.6 rebounds lately. He also proved that he can be effective as a starter as he temporarily takes the spot of regular starter and rookie Larry Nance Jr. who is recovering from injury.

Fans may remember that they have enjoyed an arguably easy game versus the same opponent last December, riding Russell’s 19 points and seven assists that lead to a 113-95 victory. With Milwaukee coach Jason Kidd making several lineup changes recently as he demoted center Greg Monroe before the All-Star break, it is assumed to be an interesting match if the team comes back during the face-off.