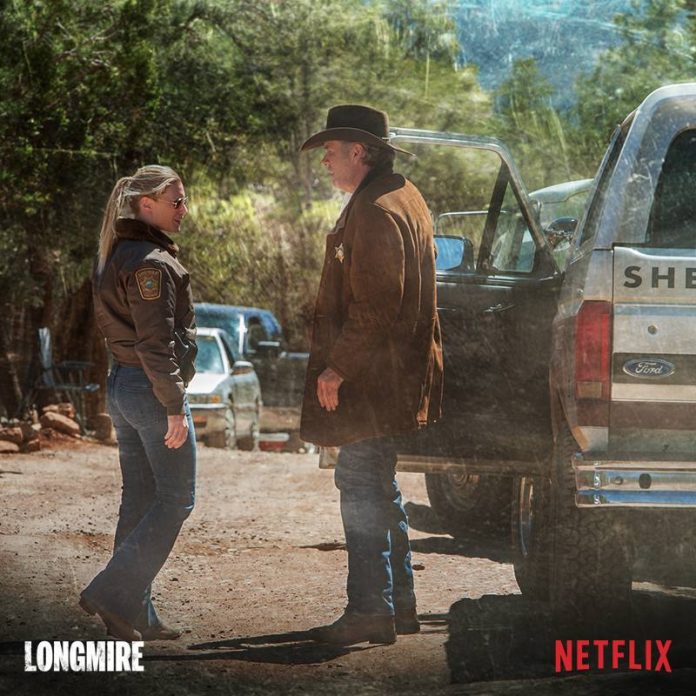 It has already been announced that Netflix renewed “Longmire” for a fifth season. However, one cannot blame fans if they continue to worry about the fate of the show, especially because of the lack of information about it.

Early last month, the Facebook page of the show teased fans with a photo of Walt Longmire (Robert Taylor) and Vic Moretti (Katee Sacckhoff) talking, along with the caption, “What does the future hold for Walt and Vic?”

Fans were very generous in voicing out their opinions, with some expressing how they like a Walt and Vic love angle. Meanwhile, others have some reservations about it as they think that the two have no chemistry or that Vic is too young for Walt. Meanwhile, another fan pointed out that the book version of the story, where the television series adapted its story from, ended with the two together.

It is still unclear what storyline season 5 will focus on. The show may follow the version of the book religiously, but sometimes, showrunners also include other elements that they think will make the adaptation more interesting.

Back in season 4, fans already saw stories of Walt’s love life, but his character remains undecided on his choice. Although he was initially more interested in pursuing Vic, he eventually tried his luck with Dr. Donna Monaghan (Ally Walker) in the end, after seeing Vic attempt to patch her relationship with her husband.

Nonetheless, there are also rumors saying that Donna may just be using Walt but is really secretly working with Walker Browning (Callum Keith Rennie). After Walker was mysteriously not in his hospital bed, suspicions on his involvement in the trespassing incident rose.

Will “Longmire” season 5 finally give Walt more clarity on his love life?

No official word has been announced for the premiere date of “Longmire” season 5. The show is anticipated to air around September this year.