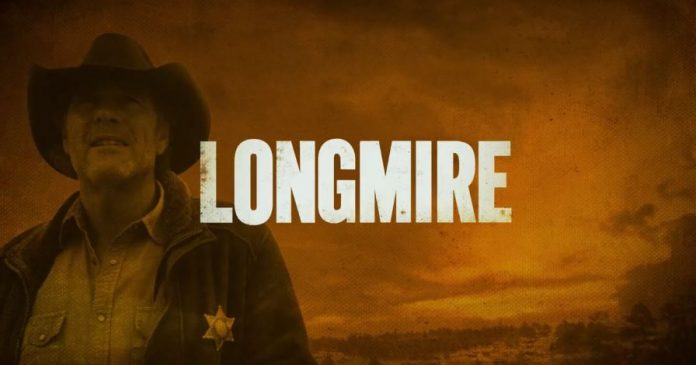 The new season of “Longmire” will be here in a few weeks, and ahead of the season 5 premiere, the streaming service released a new trailer which reveals what happened to Walt (Robert Taylor) after the shocking season 4 finale.

The clip starts with Cady (Cassidy Freeman) crying and begging her father to wake up and not leave her. Walt can be seen on the floor of his house and reaching out with his bloodied hand.

Vic (Katee Sackhoff) is seen limping to the hospital, and Walt says that he can’t remember anything from the attack. Though Walt survived the shooting, it looks like something in him has changed as Vic tells him that he has to take care of himself.

Walt tells Cady that he’s being sued, but she tells him that she can’t represent him, telling him that she’s his daughter and that she has a job to do. Later, Walt accuses her of choosing archenemy Jacob Nighthorse (A Martinez) over him.

Vic also clears up something for Walt, telling him that she’s not dating anyone. It can be recalled that in the season finale, Vic got him to admit that there were some feelings between the two of them which made Vic’s ex-husband jealous. She also told him that these feelings made Walt not even think about Eamonn (Josh Cooke) as a candidate to fill Branch’s (Bailey Chase) position.

Meanwhile, Henry (Lou Diamond Phillips) asks Officer Mathias (Zahn McClarnon) why he’s not in jail, and the officer cuts him a deal, saying that he can choose to work for him. Henry tells him that Hector (Jeffrey De Serrano) “is not some reservation Batman righting all of society’s wrongs.”

Season 4 of “Longmire” ended in a cliffhanger which saw Walt and girlfriend Donna Sue (Ally Walker) getting shot by an intruder in Walt’s house. Meanwhile, Henry shot Walker (Callum Keith Rennie) and allowed himself to be arrested.

Will Walt and Vic finally have a relationship in the new season? Will Cady choose to represent her father despite the deal she made with Nighthorse? And will Henry accept Officer Mathias’ offer?