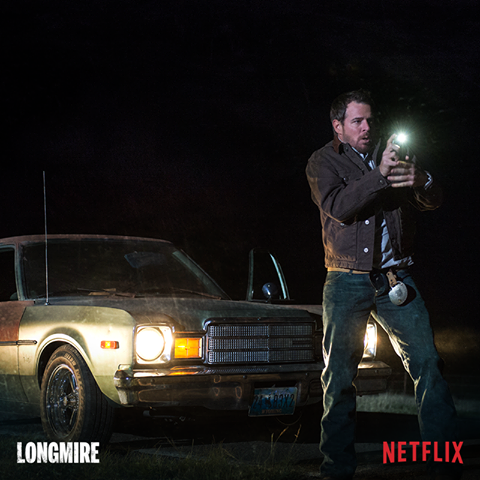 Rumors have it that Netflix’s hit western drama may see the possible return of a particular character when it returns to the small screens for season 5.

According to reports, regular main cast member Katee Sackhoff, who plays Vic Moratti, took it to Twitter to hype fans sharing, “Just read season 5 episode 4…@LongmirePosse is gonna be pretty d*** excited about who’s coming back.” However, she did not specifically reveal who the mysterious character might be.

Some speculations suggest that it can be one of the fans’ favorites as the touted return is teased to bring excite viewers. As reported by Cartermatt, the person may possibly be someone who was thought to have died in the previous installments, but turns out to have survived the incident one way or another. Fans point to the probable comeback of either Omar or Branch. However, it remains to be seen if this comes to fruition.

Meanwhile, it has previously been confirmed by Just Jared that there will be a new face joining the ensemble. Actor Sterling Beaumon who is best known for his films such as “Crawlspace,” “The Pretty One” and “Senior Project” reportedly signed on for a recurring role in the project.

He is said to play the part of a rather obnoxious student from a preparatory school, and he will be seen rummaging through Ally Walker’s stuff before being spotted by Walt and Moretti. He is also believed to be Walker’s son.

Moreover, the narrative is also expected to show Walt and Vic’s romance coming into a full swing similar to what happened in the original source materials written by Craig Johnson. Executive producer Hunt Baldwin hinted to Yahoo! TV before, “Obviously, I think that most fans know that there’s some interesting tension between her and Walt. But there are also new characters entering the world that are going to complicate that.”

When it comes to the release of the new season, the streaming giant service has yet to schedule a specific release date. Based on the franchise’s history of previously release, it is predicted to become available later in the year as production is currently underway in Mexico.

'The Flash' season 3 spoilers: Barry to forget his powers