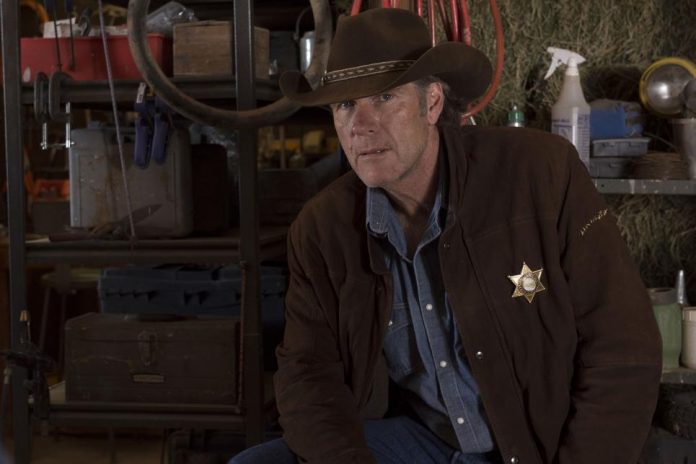 American crime drama series “Longmire” is scheduled for a fifth season on Netflix. The show was renewed after what seems to be a long time for the fans who were haunted by the almost cancellation of the show after its third season. However, Netflix assured fans that the show is an important piece in the streaming service’s lineup of shows with Netflix boss Ted Sarandos pointing out that the show is a great medium to expand their viewership age range.

Now that the guessing game of whether the show will come back for another serving is already out of the way, fans are starting to sift through spoiler speculations all over the Internet. The final episode in its fourth season ended in a major cliffhanger. Just as Walt (Robert Taylor) and Dr. Donna Monahagan (Ally Walker) were starting to have an intimate moment, an unknown perpetrator trespassed in the sheriff’s house. It is safe to assume that whoever was the intruder, his and his motivation whether against Longmire or Monahagan will be a good arc in the new season.

While fans welcomed Longmire’s new love interest, a new set of rumors are saying that Donna is a snitch, suggesting that she is working secretly with Walker Browning (Callum Keith Rennie). Furthermore, she can also be part of the attacks against Longmire. As previously reported, Browning’s absence on his hospital bed poses a great possibility that he can be the unknown trespasser.

Another popular theory is that Branch Connally (Bailey Chase), who happens to be Donna’s patient and son, can be the one behind the intrusion.

Meanwhile, a poll was recently held to gauge fans’ reaction to a Longmire-Vic (Katie Sackhoff) romance, and it turned out that most of them do not want to see the plot line happening citing Vic’s immaturity as one of the biggest reasons.

As of now, there are still no words from the people behind “Longmire” on how the story will take a turn once it premieres its fifth season.