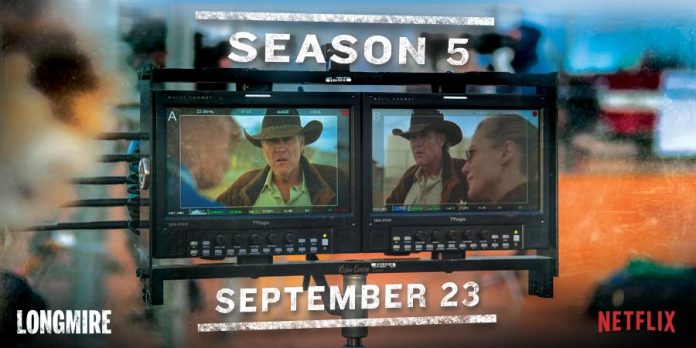 The upcoming season of Western thriller “Longmire” brings equal parts excitement and dread to fans as the latest news suggest that it may also be the show’s last run on the small screen.

There have been rumors lately that Netflix will finally be airing the final season of the police procedural after being its home for the last two seasons. It can be remembered that “Longmire” was originally aired on the A&E Network before it dropped the show just after its third season. The cable channel explained that the show did not fit on their targeted demographics which is on the younger side of things. The drama, on the other hand, did well with the older audiences. However, fans of the show proved their capabilities when they relentlessly campaigned for the show to be picked up by other stations and even media platforms just so Walt Longmire’s (Robert Taylor) story continues to be told. Netflix then answered the call and released season 4 of the show in 2015 and will do the same again this year with season 5.

Netflix has yet to address the issue but should they remove “Longmire” from their roster of programs, it will definitely be a 180-degree turn from their thoughts of the show. Back in January, during the Television Critics Association (TCA) Winter Press Tour, the streaming service’s chief content officer Ted Sarandos appeared to be very happy with how the show was performing since adopting it. What appeared to be its drawback during its stint in A&E became its selling point to Netflix as Sarandos explained that “Longmire” expanded their scope of viewers which was mainly teens to young adults.

If season 5 turns out to be the last run for “Longmire,” fans can expect that the crime series will at least try to piece things together and give unsolved conflicts some resolutions. This may or may not start with audiences finally knowing who the trespasser was in Walt’s house back in season 4’s finale.

“Longmire” season 5 will be available for streaming on Netflix starting Sept. 23.

'Sense8' season 2 premiere spoilers: 'Sun is thirsting to get her...