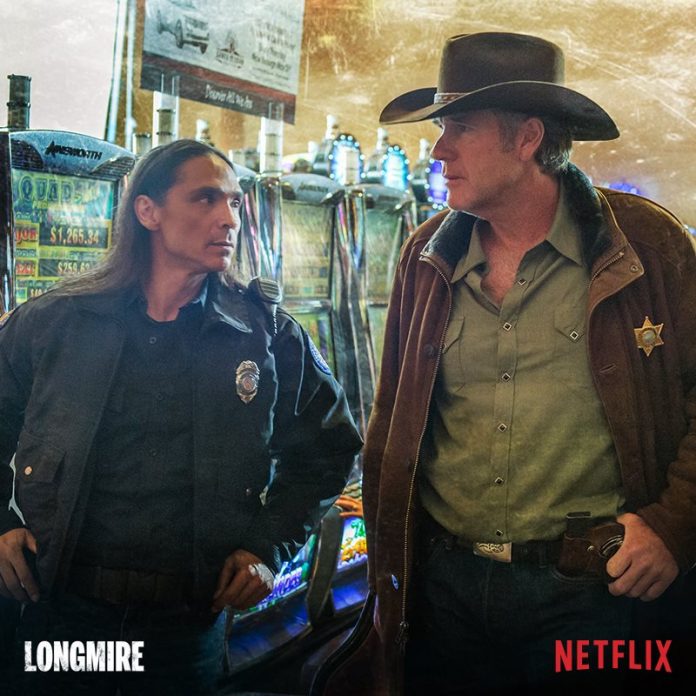 Netflix is giving “Longmire” and its fans the ending that they deserve by renewing the Western series for its sixth and final season.

Netflix picked up the police procedural when it was dropped by its original network, A&E, after its third season. Since then, “Longmire” has been with the streaming giant and has religiously put out new content in the last two years. However, following the release of its latest installment back in September, Netflix will be giving the Robert Taylor-led show one last outing to properly tie up loose ends in the narrative.

The Hollywood Reporter revealed that the sixth season of “Longmire” will still consist of 10 episodes. It is slated to premiere sometime next year, presumably sometime around September like in the past, in the United States, Canada, Australia and New Zealand.

“We are proud to be the home of the ‘Longmire’ series, as so many viewers over the last few seasons have watched and been captivated by Walt’s (Taylor) journey. There has been no better team to work with on this show than Greer, Hunt and John, and their tremendous cast and crew, and we have every confidence that they will have a satisfying conclusion to this revered series. We are grateful to them and our friends at Warner Bros., who have been tremendous partners,” said Cindy Holland, Netflix’s vice president of original content.

Earlier this year, Netflix’s chief content officer Ted Sarandos revealed that they were very happy with what the crime drama has done for their demographics. Given that the reason for A&E canceling the show was because it did not fit their own target audience, Netflix was actually happy about drawing in viewers outside the teen and adult viewer range.

Executive producers Greer Shephard, Hunt Baldwin and John Coveny had nothing but good things to say to Netflix who has housed them since November 2014.

“We are grateful to Netflix for the opportunity to compose a closing chapter for these beloved characters that inspires lasting memories. Most importantly, we’re committed to delivering a dynamic and satisfying conclusion to our fans that rewards their longtime loyalty,” they wrote in a joint official statement.

Prior this announcement, there had been rumors swirling around “Longmire” was being canceled. As such, the announcement of the final season not only allow folks behind the show to hone a fitting conclusion to the story but it also saves fans’ time in speculating whether it will still come back next year or not.