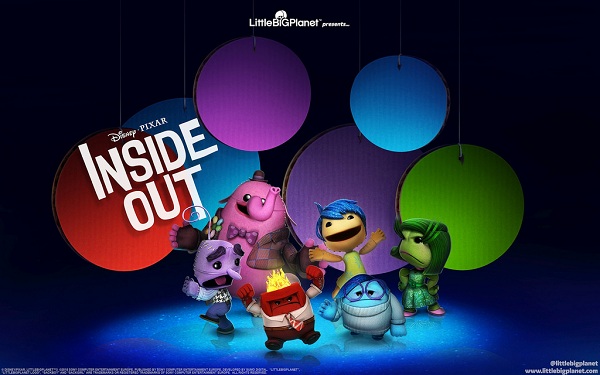 “LittleBigPlanet 3” is getting another Disney-Pixar-themed add-on. Players will be able to dress up their Sackboy or Sackgirl into any of the “Inside Out” characters.

Steven Isbell, “LittleBigPlanet” Community Coordinator, announced the new costume packs over at Sony’s PlayStation Blog on Tuesday, Feb. 23. Aside from the “Inside Out” DLC which is now available at the PlayStation Store, he also mentioned two other packs which have been out for quite some time.

The new “Inside Out” costume pack includes costumes for the five emotions, Joy, Sadness, Fear, Anger, and Disgust. In addition to these emotions, players will also get to dress up their “LittleBigPlanet 3” characters as Riley’s imaginary friend Bing Bong. The “Inside Out” pack can be downloaded for $5.99, but the costumes are also sold separately for $1.99 each.

Isbell also introduced the “Monsters, Inc.” costume pack, which includes the one-eyed green monster Mike Wazowski, his buddy Sulley, the girl Boo, and a bunch of other monsters. The “Monsters, Inc.” DLC became available in January. Meanwhile, “The Good Dinosaur” costume pack, which was released in November 2015, is also available on the PlayStation Store. This pack includes costumes for Arlo, Spot, Thunderclap, and more.

Aside from these new costume packs, Isbell teased there will be “a couple of exciting game and content updates coming in the next few months.” However, he did not provide any other details or hints as to what these could be.

The “LittleBigPlanet 3” game already has a bunch of Disney-Pixar-themed DLCs, including “Frozen,” “Big Hero 6,” and “Toy Story.” The game also offers costumes based on video game characters like D.D, Ocelot, Quiet, Venom from the “Metal Gear Solid” franchise.

A number of these costume packs, some level kits, and the main game are currently on sale at PlayStation Europe. Gamers can save 50 percent for the games PS3 and PS4 versions. According to another recent post on the Playstation Europe blog, players will also get discounts on the following “LittleBigPlanet 3” DLCs from now until Wednesday, March 2, 2016. Some of those included in the Deal of the Week are: