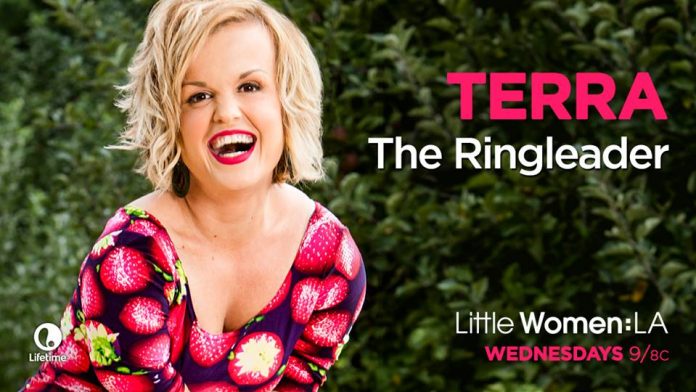 She did great on her dance performances, but it cost her, her health.

In the preview of “Little Women LA” season 6, Terra Jol admitted that she’s suffering from multiple herniae following her participation in the 23rd season of “Dancing with the Stars.”

The reality star joined the dance contest and made history as the first little person to be part of the show. Sadly, she and her dance partner, Sasha Farber, didn’t make it to the finals because they were eliminated during the tenth week of the competition.

In August 2016, Jol gave birth to her son through caesarean delivery. She was advised not to do any strenuous activity for six weeks, but she competed in the ABC’s dance show just three weeks after the C-section.

“My abdominal wall has not been strong enough to heal properly,” Jol explained.

In her recent blog (via People). Jol detailed that her doctors discovered three herniae, not just two. She had completed the surgery to remove them, and now she’s recovering.

“Doing ‘Dancing with the Stars’ was an honor, but it also put a lot of stress on my family,” she began her blog.

“I followed all of my doctor’s orders and I feel like everyone just needs to relax. The procedure is done and man, I looked rough! I remember vividly just how horrible I felt and how grateful I was for Joe,” she continued.

Jol is married to her costar, Joe Gnoffo. They have two children, Penelope, 2, and seven-month-old Grayson.

“Not being able to pick up your own children is torture, but we’re making it work,” said the 36-year-old Lifetime star and added that she appreciated her costar, Tonya and Briana, for the support.

In her blog, Jol also mentioned that Elena is somehow neglecting their friendship. She felt that the latter is trying to give her a lesson.

The next episode of “Little Women LA” season 6 is scheduled to air on March 21 on Lifetime.