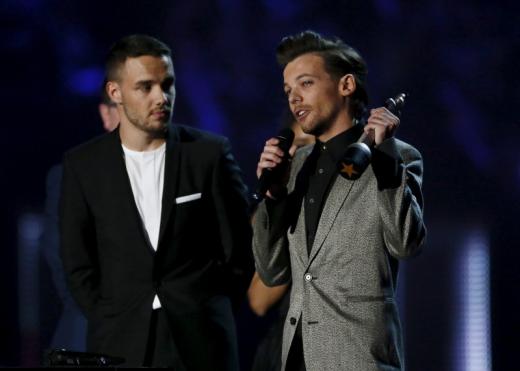 Rumors that “One Direction” band member Liam Payne has been secretly dating Cheryl Fernandez-Versini have been gaining traction after the British singer changed his profile picture on Instagram.

According to Yahoo!, Payne seemingly confirmed his romantic relationship with the “X Factor” judge in a subtle way. Two days after the speculations started circulating, a black and white photo of him and Fernandez-Versini became his profile image. He also stated in the description that he is “Happy.”

The two reportedly began seeing each other back in December last year when Fernandez-Versini decided to divorce her husband of almost two years, French restaurateur Jean-Bernard. The pop star even had a tribute to her in a form of rose tattooed on his hand, similar to what is drawn to her lower back and bottom.

A friend of the pair previously revealed to The Sun, “Cheryl and Liam are in a relationship. It was unexpected but they’ve both made each other incredibly happy.”

“Cheryl has obviously known Liam for many years. They’ve always got on well because they are both northern and share many of the same interests. But there was never anything romantic between them in the past,” another source added.

Payne and Fernandez-Versini first met five years ago when the former was auditioning for the said talent show. They apparently become friends because of their connection with Simon Cowell and after Cheryl signed with the band’s management company Modest.

“Their relationship developed very quickly in December after the X Factor final where One Direction gave their final performance before starting their hiatus,” the insider further revealed. Payne was said to be telling his friends he is “madly in love” with her, while the singer is deemed to make her happy after she has recently gone trough a failing marriage.

There were also assumptions that they two have gone through a trip together to presumably unwind from the public’s eye.

Payne and Fernandez-Versini have yet to comment on the matter.