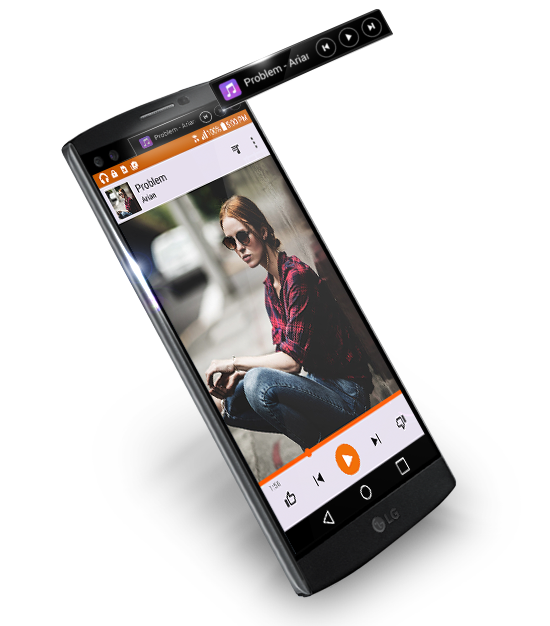 LG’s newest addition to their flagship smartphone devices, “LG V10” is almost here as it first goes on sale in South Korea this week, before it presumably becomes available internationally.

In the unboxing by Droid-Life, a cream and gold edition unit is said to have a premium feel to it with its steel frame protection on both sides.

When it comes to the specifications, LG V10 features a 5.7-inch high quality definition screen with a secondary ticker-like 2.1-inch display in 160 x 1040 resolution. The two screens have 513 pixel-per-inch density and supposedly designed for better multi-tasking and personalization.

The back camera has a stunning 16-megapixel capacity with laser autofocus while the dual front-facing shooters both have 5-megapixel lenses. The former can capture video in 4k quality while giving the user freedom to adjust ISO, white balance, shutter speed, frame rate and focus just like a powerful DLSR device. Additionally, it has Steady Record function and 15 Second Auto Edit mode which allows for easy sharing in social media platforms.

Meanwhile, one of the front lenses is for standard selfie-taking while the other one is activated for wider group shots. The result from the cameras can be merged into a one picture with 120-degree viewing angle using a software algorithm.

Under the hood, it is supported by 4GB of RAM which is combined with 64GB built-in storage, expandable via a microSD card slot of up to 2TB. It is powered by Qualcomm’s Snapdragon 808 processor and has a removable long-lasting battery with 3,000mAh. The software it is equipped with is Android 5.1.1 Lollipop.

No specific date has been announced yet for its global release but when bought using any of the three carriers in its home country before October 31, the user can also avail of some freebies including a second battery and a battery charger.