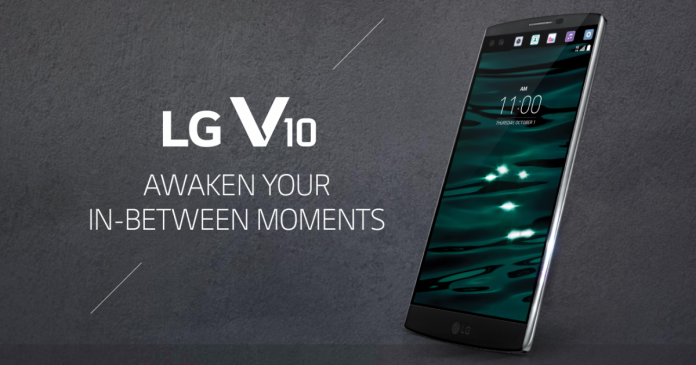 People in Canada who would want to get their hands on the new LG V10 are all in for a very unpleasant surpriseLG recently revealed that the company would not be releasing the new device in the said country.

The news was revealed when a concerned and interested Canadian user went to Facebook and asked the company about their release plans for the device in the country. An LG customer service representative then said that the South Korean company does not have any release plans at all for the device.

“Unfortunately, there aren’t any plans to bring the V10 to Canada,” the customer service representative said. Naturally, an alternative device was suggested instead. “We encourage you to check out some of other amazing phones, like our flagship LG G4. It boasts a highly-reviewed camera, quad-HD screen, and offers an incredible visual experience.”

The LG V10, the new flagship phablet from the company, boasts of a dual display featurea main 5.7-inch display with a 1440×2160 Quad HD resolution and Corning Gorilla Glass 4 protection. The phone is complemented by a secondary 2.1-inch QQVGA 1040×160 pixels display.

The secondary displaywhich looks like a column on the top part of the main screenalways stays on. Likewise, it features a range of different usesfor notifications, display of alarm, and minor camera functions.

The device runs under a 64-bit hexa-core Qualcomm Snapdragon 808 chip, with an ARM Cortex-A57 and ARM Cortex-A53 CPUs, and an Adreno 418 GPU. It packs 4GB, along with 64GB built-in internal storage capacity. This can be expanded to 2TB via microSD card.

Moreover, the LG V10 a 16-megapixel main rear camera with f/1.8 aperture and Dual LED flash. It has the capability to record videos of up to 4K resolution. The front boasts of a Dual-Camera set up, featuring a 5-megapixel camera consisting of one for selfies and one with a wide-angle lens meant to take photos on a wider range. The device is powered by a 3,000 mAh battery, and it boots on Android Lollipop 5.1.