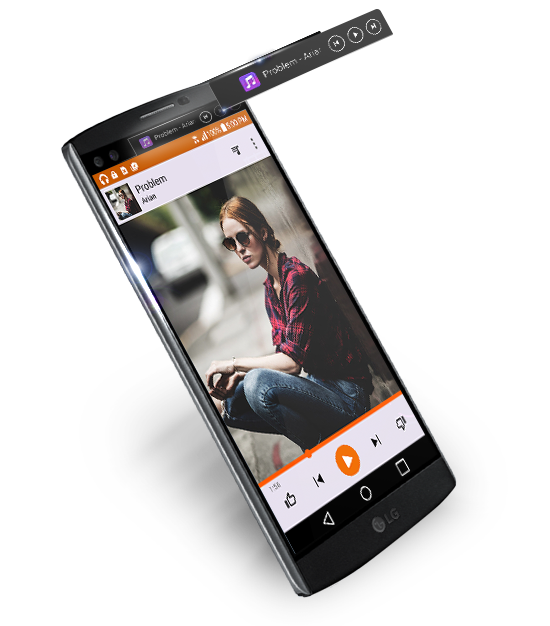 LG’s new smartphone, the V10, has been unveiled. From the looks and performance of it, critics are raving about the slick and unique mobile phone by the Korean tech giant.

On the LG V10’s website, it says that the handset is made for enhanced durability. With a reinforced frame and back cover made from synthetic materials, the phone is protected even from accidental drops. Engadget reports that the V10 is the first phone created by LG that includes metal since the sides of this unit are steel.

Meanwhile, the 5.7-inch QHD IPS Quantum display has a resolution of 2560 x 1440/513 ppi. Compared to the other mobile phones in the market nowadays, the V10 has a better display than most of them.

Also, what makes this phone unique is the second screen above the main one that is always on. According to Gizmodo, this screen is powered by a separate backlight. The main purpose of it is to access apps and settings from just the home screen. The second screen can also be used to check notifications and recent contacts.

The LG V10 is equipped with two front cameras and one rear camera. The 5MP dual lens front cameras shoot 80-degree standard angle and 120-degree wide angle shots. When compared to the new iPhone 6S, Gizmodo got a more wide-angled selfie by using the V10. For the rear camera, this smartphone has a 16MP one.

To make the camera app even more interesting, it can learn the user’s photo sharing habits. So, after taking a picture, a pop up with options for email, SMS, or social media will appear. There are also tons of editing tools for videos and images that users can choose from.

Inside, the V10 is powered by a Qualcomm Snapdragon 808 processor and 4GB RAM. To extend storage capacity, it can be fitted with a microSD of up to 2TB in size. It will run Android Lollipop when released.

LG has not released any information about the pricing of the V10. Also, the phone is said to be released soon in Korea, and it will be followed by Verizon, T-Mobile, and AT&T in the United States some time after.

Facebook may be developing its own personal digital assistant called 'Moneypenny'

Blizzard to celebrate 20 years of ‘StarCraft’ with crossover giveaways