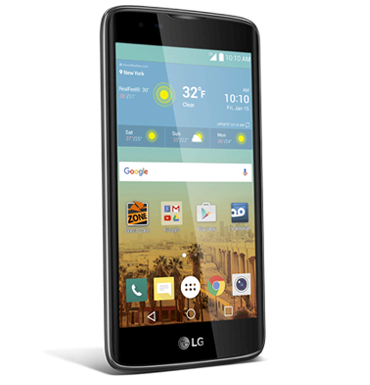 According to a report by GSM Arena, the new LG Tribute 5 is now available for purchase via Boost Mobile’s online store for $99.99, free of any kind of contract. Users can also opt to add a prepaid plan that consists of unlimited text and call allocations and mobile data allocation starting at 2GB monthly allowance, with rates starting at $30 a month and above.

“Our 2016 K Series is the latest example of LG applying it best mobile technology and premium design philosophy across numerous smartphone categories,” Juno Cho previously said, president and CEO of LG Electronics Mobile Communications Company. “Customers equate the LG name with great smartphone imaging technology and we are committed to delivering on that flattering expectation.”

To recall the specs, the LG Tribute 5 features a 5.0-inch In-cell Touch display with a FWVGA resolution and features a 2.5D Arc Glass. It runs under a Snapdragon 210 processor, with a quad-core CPU clocking in at 1.1 GHz. It packs 1GB of RAM, along with 8GB worth of built-in internal storage capacity with support for an external microSD expansion of up to 32GB.

As for the camera, it features a 5-megapixel main rear camera and a 5-megapixel front snapper for selfies and other similar purposes. The smartphone also comes with features that intend to give users a better selfie experience. With the LG Gesture Shot feature, users need only to clench a fist and the front camera would take a single photo. With the LG Gesture Interval Shot, on the other hand, users need only to clench their fist twice and the device would take four consecutive shots.

Google Nexus 6 versus Samsung Galaxy Note 4: What will buyers...