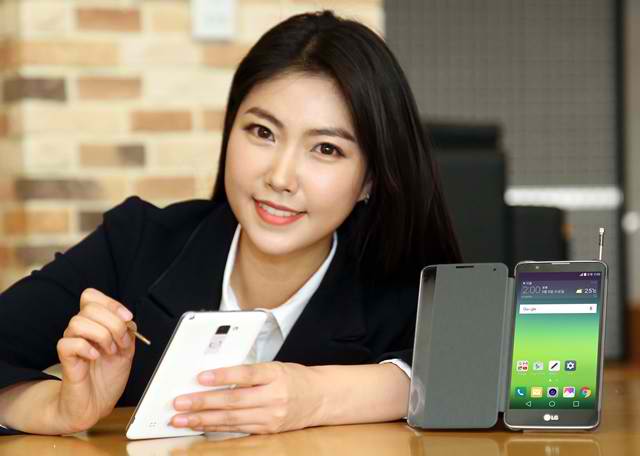 The new LG Stylus 2 smartphone, which was announced last month, will now be released in the company’s home South Korean market, with other international markets to follow sometime soon.

In a press release by LG Korea, it was announced that the new Stylus 2 smartphone will be sold in Korea for KRW 396,000 or $328 in current exchange rates.

The new LG Stylus 2 smartphone is expected to be released in other international markets as well, particularly in the European and the North American regions.

“LG Stylus 2 provides both the big screen and premium notetaking functions of a premium large phone at a price of a mid-tier phone,” said Juno Cho, president and CEO of LG Electronics Mobile Communications Company. “This device is another example of our commitment to the mass-tier segment where there is so much opportunity for growth and creativity.”

The new LG Stylus 2 sports a large 5.7-inch In-cell Touch display with a 720 x 1280 pixels resolution and a 258 ppi pixels density rate. The device is powered by a processor of yet unspecified brand and model, with a quad-core CPU clocking in at a speed of 1.2 GHz.

It packs 2GB RAM, along with 16GB built-in internal storage capacity and support for an external microSD expansion of yet unknown capacity.

As for the camera, the device sports a 13-megapixel main rear camera, with autofocus features and a built-in LED flash. It has an 8-megapixel front facing camera for selfies and other similar purposes. It boots on Android Marshmallow 6.0 and is powered by a 3,000 mAh battery.

The Stylus 2 also features an all-new nano-coated stylus pen. To further enhance the user experience with the built-in styles pen on the new device, the Pen Pop feature automatically brings out a popup menu when the stylus is removed from the device. There is also the Pen Keeper, which display a notification when the phone is detected as being in motion when the stylus bay is empty, preventing the stylus from being lost.