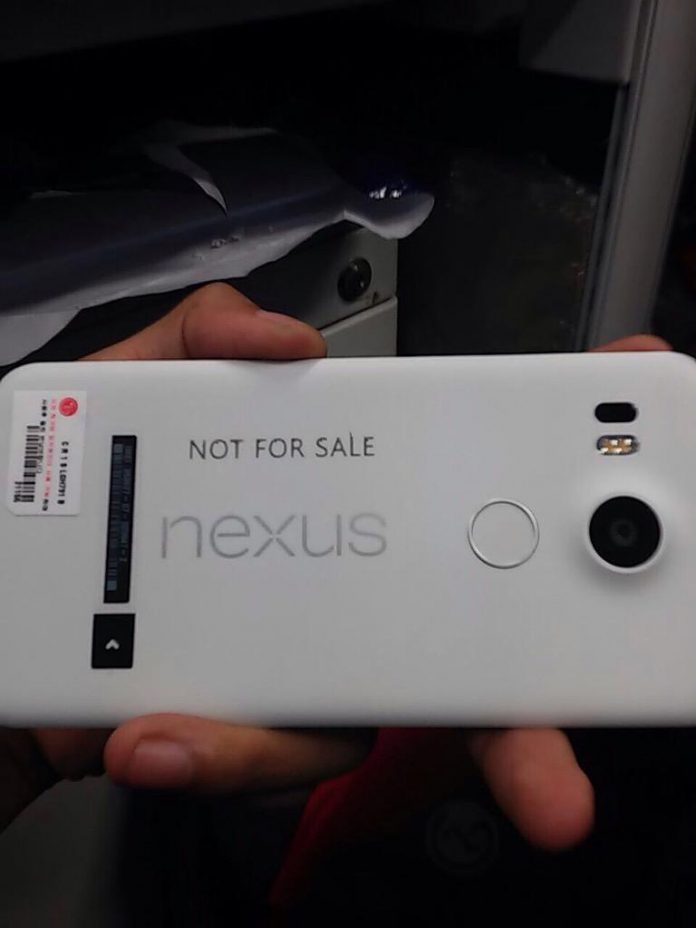 A new photo of a device rumored to be the Nexus 5 smartphone that LG is developing for Google has leaked on the Internet.

According to Gotta Be Mobile, a single photo was uploaded to the Nexus community in Google+. The image by itself does not tell much about the device, but it does show a “Not For Sale” notice on the back of the smartphone. This apparently confirms the phone as a development prototype. One can also make out the LG branding on the bottom of the phone.

The device’s striking features are the hump that is going to house the camera, and a circular contraption below it that is believed to be where the fingerprint scanner would be placed.

Phandroid also commented that there are two lozenge shapes beside the camera hump that will reportedly be the dual LED flash for the rear snapper.

The image only shows the back portion of the device, however.

Phone Arena also reported that a set of cases that appear to be custom-made for the prototype that has been revealed by the leaked image. These cases, the article said, have been put up early in the website Ali Express and could be indicative that th rumored Nexus 5 smartphone is about to be released soon.

LG or Google are yet to confirm the official specs, but rumors indicate that the Nexus 5 will have a 5.2-inch display and is expected to have 1440×2560 resolution, the International Business Times said. In addition, specifications will reportedly include a Qualcomm Snapdragon 800 processor, 3GB of RAM and 64 GB memory, as well as a 13 MP rear camera and a 2 MP front camera.

The IB Times noted that the device will run on Android M, which supports fingerprint scanning.

By contrast, Chinese website GizmoChina puts the Nexus 5 2015’s RAM at 4GB, and the front camera at 4MP. The website also claimed that the device will support NFC, Bluetooth 4.2. and USB Type-C.

Russia and Turkey refuse to back down in row over jet...